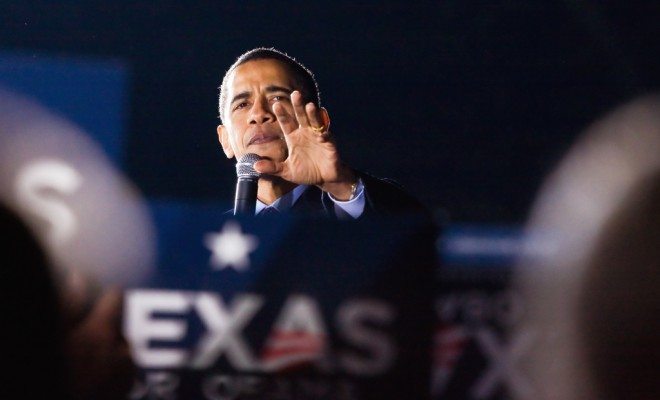 President Obama granted clemency to 46 federal prisoners convicted of nonviolent drug offenses on Monday, 14 of whom faced life sentences. This move comes amid a broader push for prison reform, in an attempt to fix issues like overcrowding and disparate minority prison populations–especially for nonviolent drug offenses. In a political atmosphere that is too often hyper-ideological and unproductive, criminal justice reform appears to be one arena where real change is happening.

President Obama has granted clemency to prisoners in the past, especially for drug-related offenses, and has made prison reform a sticking point of his presidency. Last year, the Department of Justice announced a new initiative that allows drug offenders to petition for a sentence reduction or clemency–an attempt to reflect modern sentencing practices. With the latest 46, Obama raises the total number of commutations during his presidency to 89. While some criticize Obama for not acting strongly enough on this issue, he has now granted the most commutations in the modern era. The inmates, who will be released by mid-November, are among more than 30,000 who have applied for clemency since the new initiative. Although very few of these cases will reach the President’s desk, the recent commutations mark an important step symbolically. As he approaches the last year of his presidency, President Obama’s executive actions have the power to shape the future of these issues.

There are a number of problems with the justice system that activists and politicians are currently working to address. The United States has an incarceration rate of  700 per 100,000 citizens, the highest of any nation including authoritarian countries like Russia and Cuba. Among the federal prison population, over half are serving for drug-related offenses and nearly three-fourths are nonviolent offenders with no history of violence. There is also a large racial disparity, with Blacks and Hispanics disproportionately represented in American prisons. A 2005 study by the Bureau of Justice Statistics found some troubling trends in recidivism. About two-thirds of released prisoners were arrested again within three years and three-quarters were arrested within five years.

President Obama is not the only one addressing criminal justice reform, as it is an issue that has generated strong bipartisan support. In 2014, the Justice Department reported the first decline in the federal prison population in 34 years. Former Attorney General Eric Holder attributed this change to new initiatives intended to improve sentencing fairness. Last year, the U.S. Sentencing Commission voted to reduce the penalties for most drug crimes and later made that change apply retroactively. High profile cases also highlight the need for reform, including that of Kalief Browder, a man who committed suicide after being wrongfully imprisoned for six years at Riker’s Island. As this issue rises into the public light, more and more people are calling for substantive reform.

In a political climate that is increasingly partisan, it often feels like there is no common ground that would allow for significant change. Prison reform is one issue with which Republicans and Democrats can cooperate and help people get their lives back, help prevent people from throwing their lives away, and save money that shouldn’t be spent on nonviolent criminals in the first place. In granting these prisoners clemency, President Obama sends a powerful message about his willingness to lead on this issue.

Maurin Mwombela
Maurin Mwombela is a member of the University of Pennsylvania class of 2017 and was a Law Street Media Fellow for the Summer 2015. He now blogs for Law Street, focusing on politics. Contact Maurin at staff@LawStreetMedia.com.
Share:
Related ItemsCriminal JusticeObamaPrison ReformPrisonsReform