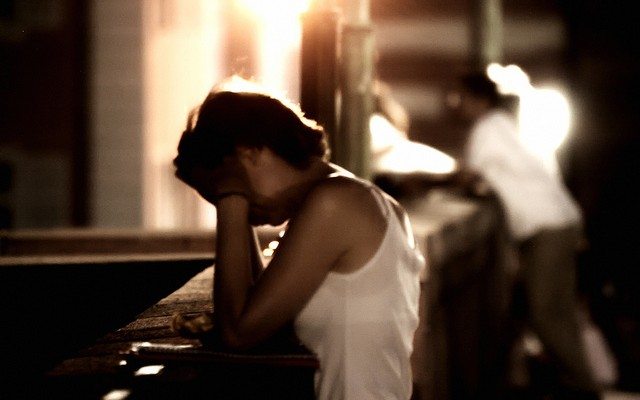 According to a statement released by the Department of Defense on August 27, 2014, United States Army General Officer Michael T. Harrison was forced to retire recently with a reduced rank after being found to have mishandled reports of sexual assault. As I read the article published by The New York Times, I was expecting to find that some form of criminal action had also been taken and that there would be some recognition of sympathy for those victims whose cases had been mishandled. Instead, the consequences of this general’s actions were to retire as a one star general, as opposed to a two star. No criminal action was taken, and no justice to the victims was given.

If you have seen the eye-opening documentary ‘The Invisible War,’ then you know that it raised awareness for the appalling number of victims who are involved in sexual assaults in military settings, but also that it spurred legislation ensuring investigations of abuse were handled efficiently, and justice was given to the victims. As can be seen with Harrison’s case, these incidents are still occurring and as a woman myself, I still do not feel like enough is being done.

Susan Brownmiller, an American journalist, describes sexual assault in military settings as an unfortunate but inevitable by-product of the necessary game called war. Quite frankly, the punishment Harrison received is nothing short of a joke. After the amendment of federal policies regarding sexual assault in the military two years ago, I question Congress as to why this is still happening? This game we call ‘sexual assault in war’ is unacceptable. According to “The Invisible War,”

‘Since 2006, more than 95,000 service members have been sexually assaulted in the U.S. military. More than 86 percent of service members do not report their assault, and less than five percent of all sexual assaults are put forward for prosecution, with less than a third of those cases resulting in imprisonment.’

These figures should be enough to not only change punishment for the mishandling of reports of sexual assault, but to help victims come forward and receive justice for their traumatic experiences. As of 2014, according to the Department of Veterans Affairs, federal law now defines Military Sexual Trauma (MST) as one of the most frequent diagnoses given to veterans of warfare. If we know that so many individuals suffer from such traumatic experiences, why isn’t policy being changed? Even more importantly, why aren’t those who are meant to protect us doing their jobs properly?

Each military force dominates the way reports and investigations of assault are handled. This ‘in house’ shambles of a system is essentially allowing officials to get away with their own wrongdoings. We are allowing individuals to commit acts without fear of punishment or consequence. In order to lower the rates of sexual assault in the military, the focus needs to be on controlling the environment, and providing an alternative system for report of misconduct. I am no expert in changing legislation, and I am no intellectual genius on the makings of policy, but I am certainly no fool to being aware that victims are suffering, and legislators need to wake up and realize that this type of consequence is normalizing military sexual assaults.

Our common coping mechanism for crime is imposing laws to regulate punishment to those who inflict pain and suffering. By imposing taking someone’s gold sparkly badge away and giving him or her a silver sparkly one instead because they essentially ignored someone’s suffering, is unacceptable. Sexual assault and abuse is not normal, regardless of the situation, regardless of the setting, and regardless of the perpetrator. In order to enable victims to report their abusers, and in order to protect future men and women from the pain and suffering so many veterans go through, something needs to change!

Now more than ever, I cannot wrap my head around the fact that our same country who is fighting to protect us from terrorism, our country who is fighting for the rights of the thousands of innocent individuals losing their lives in the Middle East, can also be the same country that contains individuals being sexually violated and then silenced by the same exact people who are meant to protect us.