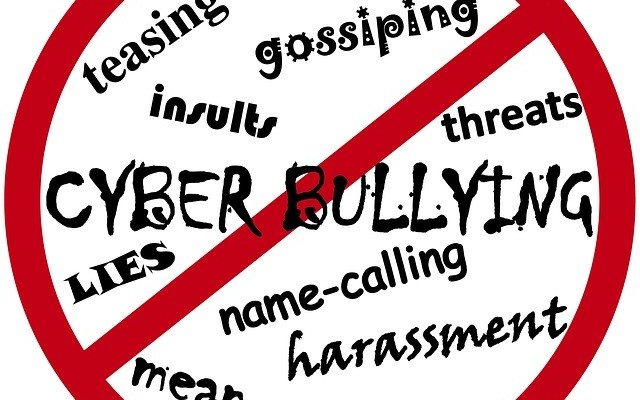 One of the greatest fears of parents today is that their child or teen will be the victim of cyberbullying. Increasing numbers of young people today are engaging in malicious bullying acts online targeting their peers, which has emerged from the growing amount of social media platforms that enable them to hide. While there are factors that contribute to the likelihood of an individual being subject to this kind of bullying, the income of the family of targets seems to play a minor role if any. According to new data released by researchers at Michigan State University, cyberbullying affects young people in poor and rich households alike.

While traditional bullying rates still trump those of cyberbullying, the online version of cruelty among young people is increasing yearly. An academic study published in 2012 defined cyberbullying as “sending mean, vulgar or threatening messages or images, posting sensitive or private information online, pretending to be someone else online in order to make a person look bad or intentionally exclude a person from an online group.” From 2009 to 2011 alone, the number of those affected by cyber bullying increased from 1.5 to 2.2 million. Unfortunately, information released in 2011 is the most recent available data.

It was previously assumed that cyberbullying was predominantly the activity of young people in affluent areas. The reasoning behind this was the assumption that those living in impoverished conditions would have less access to the kinds of resources needed to participate in cyberbullying. This presumed difference in access to digital devices is referred to as the ‘digital divide,’ and according to Thomas J Holt, an MSU Associate Professor of Criminal Justice, does not exist based on their findings from researching cyberbullying.

Another contributing factor to these balanced levels of cyberbullying is the fact that significantly more young people have access to technological devices that can be used for this purpose. According to findings on cyberbullying.us, an October, 2013 survey found that of 400 middle school students interviewed, 97.5 percent had been online in the 30 days preceding, showing that the vast majority of youths have access to the Internet.

The MSU study seems to be one of the first of its kind, as it is only every few years that organizations release findings regarding rates of bullying. The team spearheading the research surveyed 2,000 students in rich and poor middle and high schools. The results revealed that living in poor, crime-infested neighborhoods was a significant predictor of physical, verbal and online bullying.

What can be Done to Eliminate Cyberbullying?

Teachers and parents of all socioeconomic levels need to increase their involvement and more closely monitor the online activity of their students and children. Holt emphasizes the importance of teachers and administrators to learn to combat bullying in both real and online settings.

According to endcyberbullying.org, parents communicating with their children and setting guidelines for the use of technical devices can drastically lower the chance that they will engage in bullying activity in the long run. It goes both ways, however; youths are encouraged to speak with a parent or other trusted adult if he or she becomes the target of bullying.

Marisa Mostek
Marisa Mostek loves globetrotting and writing, so she is living the dream by writing while living abroad in Japan and working as an English teacher. Marisa received her undergraduate degree from the University of Colorado in Boulder and a certificate in journalism from UCLA. Contact Marisa at staff@LawStreetMedia.com.
Share:
Related ItemsBullyingChildrenCyberbullyingTeens