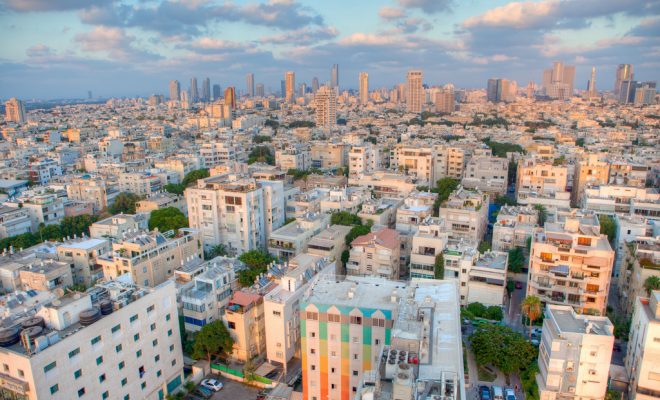 Israel is one step closer to exporting medical marijuana to countries that have legalized the drug for medical use. On Sunday, Yoav Kisch, a lawmaker from the ruling Likud party, introduced legislation that would allow Israel to export medical marijuana.

Medical marijuana is legal in Israel, but its local market isn’t exactly what you’d call a cash cow. Roughly 23,000 patients have permits to buy from the country’s nine licensed suppliers, and the market is projected to be worth between $15 million to $20 million.

“Exporting medical cannabis is pushing forward the economy and developing the agricultural sector,” Kisch said. “My bill defines for the first time the whole field of medical cannabis and allows regulating its export.”

With its envelope-pushing research and relative government support for legalization, Israel is a beacon for marijuana investors around the world. As of 2016, the country had attracted roughly $100 million in investments. But it’s not just the scientists, business people, and lawmakers that place Israel at the forefront of a still nascent global industry–it’s the people.

In Tel Aviv Saturday night, thousands of Israelis showed up to encourage the Knesset to legalize recreational marijuana. Two members of parliament were also in attendance: MK Sharren Haskel of the Likud party, which is led by Prime Minister Benjamin Netanyahu, and MK Tamar Zandberg of the opposing Meretz party.

“This is a health campaign, a campaign for quality of life,” Zandberg said.

Last month, Israel’s Public Security Minister Gilad Erdan announced that he would be adopting the “Portugal Model,” in which marijuana is treated as a health issue, not a criminal offense. The new model has yet to go into effect, but a majority of lawmakers support the policy shift.

As it fully implements its decriminalization laws and aims to begin exporting medical cannabis, Israel is poised to continue breaking ground in the cannabis field.

Alec Siegel
Alec Siegel is a staff writer at Law Street Media. When he’s not working at Law Street he’s either cooking a mediocre tofu dish or enjoying a run in the woods. His passions include: gooey chocolate chips, black coffee, mountains, the Animal Kingdom in general, and John Lennon. Baklava is his achilles heel. Contact Alec at ASiegel@LawStreetMedia.com.
Share:
Related ItemsBenjamin NetanyahuCannabisIsraelMarijuana ExportsMedical MarijuanaTel Aviv