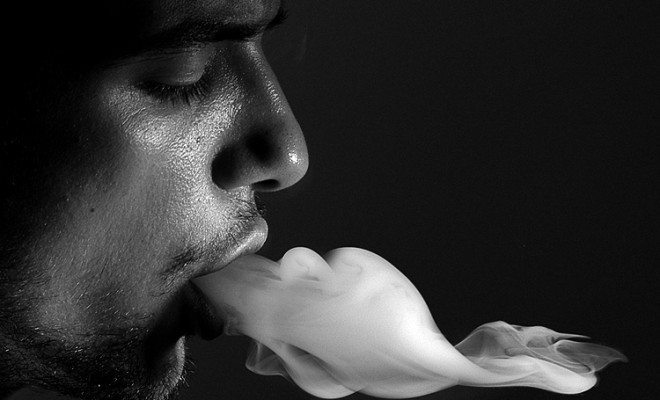 Oregon Court Answers the Time-Old Question: Is Weed Too Smelly?

The ways in which the law interacts with marijuana is, in many ways, still in its infancy. Most glaringly, there a lot of legal issues that come with the use of marijuana that still need to be solved. However, the latest weed legal question was just answered by an Oregon appeals court: does the smell of marijuana smoke constitute an “olfactory assault?” The Oregon court didn’t think so, possibly setting a precedent for how to deal with particularly smelly weed smoke moving forward.

The particulars of the case are bit confusing, but here’s the breakdown: in 2012, Jared William Lang lived in an apartment building in Philomath, Oregon. His neighbors believed he had been smoking weed. Given that there were other people in the apartment complex, they could smell it, and finally had had enough. One of them called the police, who came to check it out. Keep in mind at this point that while weed was decriminalized in Oregon, it wasn’t legal yet.

So, the police officer showed up and talked to Lang’s neighbors–some of whom had some pretty serious complaints about the weed smell. One mentioned that he was a recovering drug addict, and smelling weed constantly acted as a sort of “trigger.” Given this concerning context, the police officer went to get a warrant to search Lang’s apartment. While the officer likely finding weed wouldn’t have been a big deal, given the drug’s decriminalization in Oregon, the officer did find spray paint and stencils in Lang’s apartment that he believed had been used to create nearby graffiti. It was at that point that Lang was charged and later convicted on three counts of criminal mischief for the graffiti.

While that seems like an open-and-shut case, there was one part of the story in particular that Lang based his appeal on–the grounds on which the police officer acquired the search warrant. The officer based it on the fact that the smell of weed constituted a “hazardous or physically offensive condition by any act which the person is not licensed or privileged to do.” So amazingly, that became the crux of the legal question–does weed smell so bad that it can be considered “hazardous” or “physically offensive?” Is it an “olfactory assault?”

Those terms in and of themselves are ambiguous. The appeals court tasked with weighing the question ended up defining “physically offensive” as “must be more than minimally unpleasant but need not be dangerous or harmful.” While that’s still a vague parameter, the court decided that in case, the smell wasn’t offensive enough for the officer to obtain the warrant, rendering the charges against Lang invalid.

So, can you get in trouble with the smell police for smoking weed? Maybe–as Judge Erika L. Hadlock put it:

We are not prepared to declare, as the state would have us, that the odor of marijuana smoke is equivalent to the odor of garbage. Nor can we say, however, that the odor is inoffensive as a matter of law. We could perhaps say with confidence that a fleeting whiff of marijuana smoke would not offend a reasonable person, but as the intensity, duration or frequency of the odor increases, it stands to reason that it would become objectively offensive at some point, particularly depending on the location in which it is smelled.

So there you have it, the smell of weed probably isn’t “olfactory assault” but as it continues to become more popular (and legal), we will most likely need to constantly re-examine these boundaries.

Anneliese Mahoney
Anneliese Mahoney is Managing Editor at Law Street and a Connecticut transplant to Washington D.C. She has a Bachelor’s degree in International Affairs from the George Washington University, and a passion for law, politics, and social issues. Contact Anneliese at amahoney@LawStreetMedia.com.
Share:
Related ItemsBad SmellMarijuanaOregonPotSmellSmokingweed