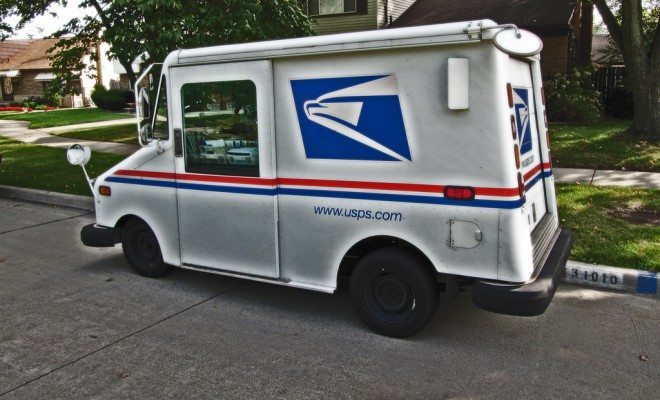 Recreational marijuana may be legal in four states (and the District of Columbia) but it’s still not legal at the federal level. This has caused some problems and inconsistencies with between states and federal agencies–most recently, the United States Postal Service has declared that it is illegal to mail materials, including newspapers, that advertise marijuana.

This revelation comes after the Democrats of Oregon’s Congressional delegation wrote a letter to the Postal Service asking the agency to explain its policy. That inquiry was sparked by a memo that was circulated in the Portland, Oregon, postal district that stated that it was illegal for any media sources to run ads for marijuana and still distribute their publications through the Postal Service. The Democrats of the Oregon Congressional delegation explained their frustrations with the Postal Service’s policy, which they say is too rigid and doesn’t respect the voters of Oregon, stating:

We are working as a delegation to quickly find the best option to address this agency’s intransigence. Unfortunately, the outdated federal approach to marijuana as described in the response from the Postal Service undermines and threatens news publications that choose to accept advertising from legal marijuana businesses in Oregon and other states where voters also have freely decided to legalize marijuana.

In response, the Postal Service explained that “the Postal Service has released a national policy, which also spells out that local postal officials can’t refuse mail that contains pot ads, but they must report it; the matter must then be turned over to law enforcement agencies who can decide if an investigation is warranted.”

So, it’s actually pretty unclear what will happen if a newspaper or magazine publishes an ad for marijuana–the Washington Post points out that it’s tough to determine whether or not any prosecutions would come from breaking the policy. The law being broken would technically be advertising for illicit goods, but as the Washington Post states: “federal authorities have generally not cracked down on pot sales in states where they’re legal.”

Given that the number of states that have legalized marijuana are a notable minority, and traditional advertising isn’t necessary flourishing, this may not be a big deal. But it’s another messy manifestation of the current divide between state and federal law–one that only threatens to widen as more states legalize recreational marijuana.

Anneliese Mahoney
Anneliese Mahoney is Managing Editor at Law Street and a Connecticut transplant to Washington D.C. She has a Bachelor’s degree in International Affairs from the George Washington University, and a passion for law, politics, and social issues. Contact Anneliese at amahoney@LawStreetMedia.com.
Share:
Related ItemsAlaskaColoradoDistrict of ColumbiaLegalized WeedMarijuanaNewspapersOregonRecreational MarijuanaWashingtonweed