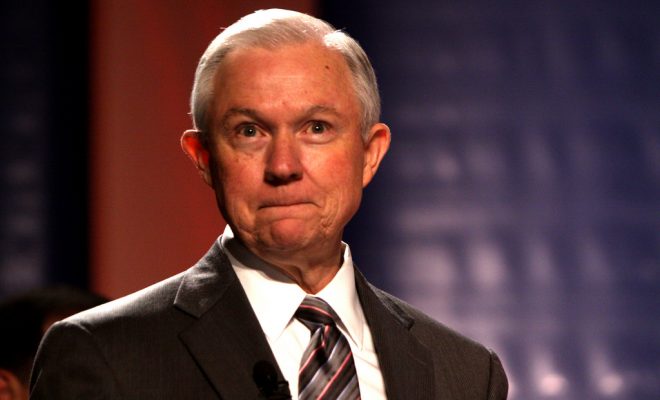 Fact-Checking Jeff Sessions’s Claim that “Medical Marijuana Has Been Hyped, Maybe Too Much”

As soon as Jeff Sessions was nominated by President Donald Trump for the position of Attorney General, pro-medical marijuana advocates had reason to feel uneasy. Sessions has long been anti-marijuana, and while he has previously indicated that federal enforcement of marijuana law wouldn’t change too much, there are still concerns that under his tenure, the DOJ will decide to crack down. Sessions addressed law enforcement officials in Richmond, Virginia, earlier today, and his comments about marijuana should only heighten those concerns. But was Sessions right?

Let’s check out what he said:

He stated, “I think medical marijuana has been hyped, maybe too much.” He went on to say:

I realize this may be an unfashionable belief in a time of growing tolerance of drug use. But too many lives are at stake to worry about being fashionable. I reject the idea that America will be a better place if marijuana is sold in every corner store. And I am astonished to hear people suggest that we can solve our heroin crisis by legalizing marijuana–so people can trade one life-wrecking dependency for another that’s only slightly less awful. Our nation needs to say clearly once again that using drugs will destroy your life.

That’s a lot to unpack. Here are the three biggest issues with Sessions’s comments:

“Marijuana Sold in Every Corner Store”

That would be unfortunate, but no one is proposing anything like that. Every state that has legalized marijuana also puts in place a way to regulate sales–the only exception perhaps being the very grey area of D.C.’s sort-of legal marijuana laws that are still being blocked by Congress. Medical marijuana is similarly strictly regulated. And it’s also worth pointing out that two things that are arguably just as dangerous as weed, and certainly more addictive–alcohol and cigarettes–are available at corner stores. Sessions’s comment about “marijuana sold in every corner store” is clear fear-mongering. It paints pro-legalization efforts as extreme and impractical, and ignores the serious regulatory work that goes hand-in-hand with legalization.

Legalizing recreational marijuana and extending medical marijuana efforts are not to be taken lightly. Many considerations are paramount–for example, how marijuana affects young people, and how our DUI laws need to be altered. Those concerns are not to be downplayed. But they’re not to be fabricated either, and the idea that marijuana will suddenly be as easy to get as groceries is a falsehood.

Heroin is absolutely a life-wrecking dependency. And given the huge rise in overdoses, particularly in rural areas of the United States, it’s heartening to hear a politician talk seriously about combatting it. But claiming that marijuana is a “life-wrecking dependency” is, once again, clear fear-mongering on Sessions’s part.

Marijuana dependence is certainly possible. Studies indicate that less than 10 percent of people who use marijuana become dependent on it, although that number rises to 17 percent if you look exclusively at people who begin using marijuana in their teens. Heroin, however, is one of the most addictive drugs out there. (And perhaps we should tell AG Sessions that alcohol and tobacco, available at your friendly neighborhood corner store, also rank in the top 10 most addictive drugs.)

“Medical Marijuana Has Been Hyped, Maybe Too Much”

Sessions did roll back his comments during a question and answer segment after his remarks. He said that the Obama-era Cole Memo, which de-prioritizes the enforcement of federal anti-marijuana law in states where it has been legalized, was “valid.” But the fact that Sessions made the remarks in the first place indicate that pro-medical and recreational marijuana advocates have every reason to remain concerned.

Anneliese Mahoney
Anneliese Mahoney is Managing Editor at Law Street and a Connecticut transplant to Washington D.C. She has a Bachelor’s degree in International Affairs from the George Washington University, and a passion for law, politics, and social issues. Contact Anneliese at amahoney@LawStreetMedia.com.
Share:
Related ItemsCannabisJeff SessionsMedical MarijuanaPotRecreational Marijuanaweed