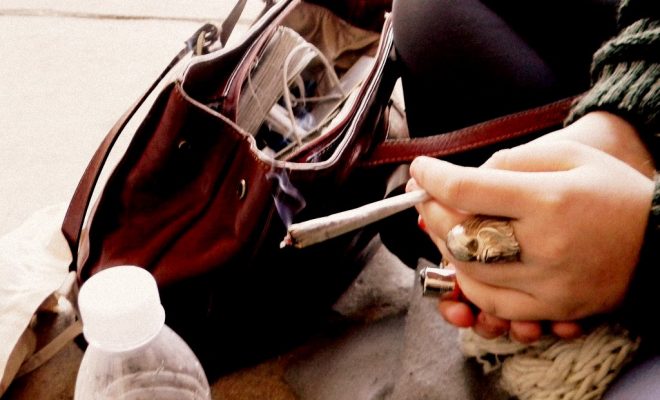 As marijuana is slowly legalized both for recreational and medicinal purposes in a variety of states across the United States, those states’ laws sometimes come head-to-head with already-existing federal legislation. These clashes are problematic, and they can create legal gray areas that courts then need to weigh in on. That’s exactly what happened recently in a federal appeals court in San Francisco, when the court ruled that the federal government’s prohibition on medical marijuana users obtaining a firearm does not violate the Second Amendment.

The case was sparked by a Nevada woman named S. Rowan Wilson, who in 2011 tried to purchase a gun. She had a medical marijuana card, which was legal given that Nevada had legalized medicinal weed over a decade before.  The store refused to sell her the gun, because in 1968 Congress passed a law prohibiting anyone who used illegal drugs from obtaining a firearm. While Wilson wasn’t exactly using an illegal drug–at least under Nevada law–marijuana is still illegal under federal law. That’s what makes this case a perfect example of the confusing interplay between state and federal law when it comes to marijuana, yet Wilson was upset by what she saw as a violation of her Second Amendment rights.

So, Wilson sued the government. According to Consumerist, she:

Filed a federal lawsuit alleging that this refusal to sell her a firearm violated her First and Second Amendment rights, along with the Equal Protection and Due Process Clauses of the Fifth Amendment. She subsequently claimed that the ATF notice that clarified the legality of selling firearms to medical marijuana users violated the Administrative Procedure Act by effectively making new rules without going through the necessary processes.

But the 9th U.S. Circuit Court of Appeals agreed 3-0 that “Congress reasonably concluded that marijuana and other drug use ‘raises the risk of irrational or unpredictable behavior with which gun use should not be associated.'”

Wilson now has the option to continue forward with the suit–it could hypothetically make its way to SCOTUS–but it’s unclear if she will do so. Yet as more states legalize marijuana, particularly for medical purposes, these are questions that courts are going to become increasingly familiar with.

Anneliese Mahoney
Anneliese Mahoney is Managing Editor at Law Street and a Connecticut transplant to Washington D.C. She has a Bachelor’s degree in International Affairs from the George Washington University, and a passion for law, politics, and social issues. Contact Anneliese at amahoney@LawStreetMedia.com.
Share:
Related ItemsCannabisFederal Court of AppealsMarijuanaMedical MarijuanaSCOTUSSecond Amendmentweed