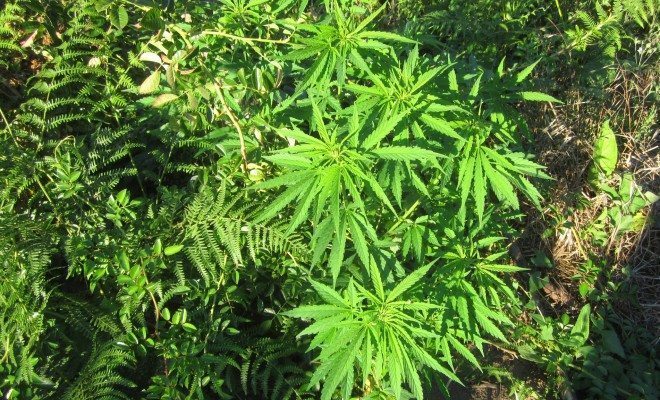 After Marijuana is Legalized, What Limits Can Employers Impose?

With the legalization of marijuana in Colorado and Washington, people who choose to smoke marijuana for recreational purposes will not face criminal charges. But they could be at risk of losing their jobs. This ongoing debate between employees and employers continues to be fueled by state legislation and employment drug testing policy. The courts must now analyze and settle questions regarding the controversy. Although in certain states, employees are not breaking the law by using marijuana, employers continue to implement pre-screening and routine drug tests. Workers are beginning to take action against what they believe to be violations of their rights. This leads to an inherent disconnect between the law and companies’ policies – so here is everything you need to know about marijuana, employment, and drug testing policies.

In order to explain the divide between state law and employee drug testing, let us examine the history of testing policies and procedures. Surprisingly, not all workplaces require drug testing; the power to choose whether or not to implement the procedure is given directly to the corporation. According to Drug Testing USA, there are three factors that are taken into consideration regarding employee drug testing laws:

“1) who can be tested and under what circumstances (pre‐employment, random, etc.), 2) how testing is to be conducted (in a law, via on‐site devices, etc.), and 3) the procedures to be observed by the testing entity.”

As a result, companies have the power to alter and update their employee requirements to align with state legislation. Yet, in recent cases, companies chose to adhere to their original methods. Later, we will examine how the courts respond when employees challenge employers’ practice.

If employers do not require mandatory drug screenings, do they have the right to single out individuals and conduct a test based on “reasonable suspicions?” If they do, employers must be sure to adhere to a strict guideline of how they define suspicious behavior in order to avoid a lawsuit. According to the Northwest Justice Project, “it is legal for a private employer to require a drug test of its employees, unless the employer uses the test to discriminate against certain people.”

Who conducts the tests?

There is a discrepancy between the law and employee protocol. Although Colorado and Washington have legalized marijuana, this does not mean that businesses have to follow suit. In a company’s defense, retaining a safe and efficient system is vital to the company reputation and prosperity. But an individual could argue that employee drug testing is a violation of their privacy. Since drug testing lacks federal legislation, and designates most of the power directly to the businesses themselves, it is a corporation’s decision whether to drug test or not.

Ethics: Is an employer testing for marijuana a violation of privacy?

Technically, drug testing is classified as a form of search and seizure. When employers choose to test employees, they are compromising the individual’s Fourth Amendment rights which read, “the right of the people to be secure in their persons, houses, papers, and effects, against unreasonable searches and seizures.” A common argument is that what an individual does on their own time should not be used against them professionally. The concept of employee drug testing is similar to employers researching their employees’ social media accounts. If a person chooses to party and live promiscuously on their own time, should employers have the right to judge the employee even if they are a capable and efficient worker? The employer could argue that this is a practical and fair assessment in evaluating employees. However, the employee could dispute that they have the right to privacy within their personal lives, and should not have to change their habits or filter their social media on account of being judged by an employer.

In a 1986 case, National Treasury Employees Union v. Von Raab, the National Treasury Employees Union argued that drug testing was violating their privacy rights and the Fourth Amendment. Originally the State Court of Eastern Louisiana ruled in their favor, yet the case ultimately went to the United States Court of Appeals. There, the court ruled that the government’s policy on drugs surpassed the desires of the union. Although testing potentially violated employees’ rights, “balancing the individual’s privacy expectations against the government’s special needs” became the basis for enacting the tests. The ruling outlined several factors which the employer must abide by to protect the employee’s rights and ultimately upheld the standard that, “no privacy invasions should be permitted unless some good end is served.” This case made drug testing legally applicable to businesses if they choose to enact such as policy as long as they abide by the ruling’s contingencies.

“Even if drug testing is found to be constitutional, we must measure what we have gained in finding the guilty against what we have wrought upon the innocent.”

In Johnson v. City of Plainfield, the courts questioned the constitutionality of employee drug testing, and decided that it must be decided on a case-by-case basis. In 1986 in New Jersey, the City of Plainfield Fire Department employees were subjected to an abrupt urine test. Sixteen of the firefighters tested positive for unspecified drugs and were fired without pay. Several of the firefighters felt that accusations were false, and that certain medication could have tainted the urinalysis since no information was provided about those present substances. Additionally, they felt that their privacy had been violated because a member of the same sex had monitored them during the urine test. Finally, they argued that their morales were tainted by the positive drug tests. In the ruling, “[the] court suggest[ed] that the factual findings in this matter should cause us to pause in the nationwide rush toward massive and mandatory drug testing.” This case illustrated a shift from a more conservative stance on employee drug testing to a more reformed view.

Although marijuana is now legal in Colorado, not all businesses condone recreational usage. Section 6 of Amendment 64, which legalized recreational marijuana, states that:

“Nothing in this section is intended to require an employer to permit or accommodate the use, consumption, possession, transfer, display, transportation, sale or growing of marijuana in the workplace or to affect the ability of employers to have policies restricting the use of marijuana by employees.”

Legally, employees can be tested for marijuana. According to The Denver Post, “despite marijuana’s legal status in Colorado, courts have ruled that employers have the right to fire workers for using pot, even off-duty.” There is no protection against losing your job because of marijuana use, so employees must make wise decisions when partaking in recreational use or they could be at risk for losing their jobs.

Does that violate employees’ rights and the law? According to Amendment 64, Colorado marijuana legalization, “specifically gives employers the right to have a Zero Tolerance Policy.” Therefore companies who choose to enact the policy are abiding by not only federal, but also state law.

While Colorado and Washington have fully legalized marijuana, a more applicable nationwide debate is medical marijuana. Only a handful of states have provided legal protection to individuals with a prescription for medical marijuana. How do employers handle individuals who smoke to ease the symptoms of painful and sometimes crippling illnesses?

The Compassionate Use Act of 1996 gives individuals some protection against criminal charges, such as possession, when they use cannabis for medical purposes. However, it does not include any safeguard for employees from being terminated for violating a company’s drug policy.

Finally, in the 2008 case, Ross v. RagingWire Telecommunications, individuals who used cannabis for medical purposes were denied protection from being terminated from their job.

However, there are some loopholes that certain states provide; in California, a smoker who uses medical marijuana can negotiate with the following letters:

These letters do not guarantee an employee defense against termination, yet they give an employee a chance to petition to preserve their job.

To see a debate about the legality of medical marijuana in the workplace, click here:

In a 2010 Colorado case, a quadriplegic man, Brandon Coats, was fired from the Dish Network for testing positive for marijuana. Coats smoked medical marijuana to alleviate severe pain he experienced on a regular basis. When Coats brought the case to the Colorado Court of Appeals  in 2013,  the court confirmed that Dish had the right to fire Coats for violating company drug policy. When Coats appealed, the appellate court ultimately ruled that: “federal law trumps state law.” Montana, Oregon, and Washington also heard similar cases. All cases resulted in the same ruling– federal law overrides state law, and employers can choose to terminate employees if they do not abide by the company’s drug policy.

Employers retain the right to test and terminate employees for testing positive for THC regardless of the circumstances.

Will the legislation amend the requirements for employers to accept the use of medical marijuana? Individuals that suffer from chronic illnesses are put in potential financial jeopardy. Yet employers are liable for mistakes made on the job due to marijuana use. As of now, employers have no intention of changing the policy, and legislatures are leaving the power to the businesses. Is this ethical? It has been scientifically proven that marijuana can help with extreme illnesses in a way which no other medication can. Employers are putting individuals who are already in a precarious situation in jeopardy. On the other hand, businesses have a reputation to maintain and would like to remain efficient in a competitive field.

Legal Inconsistency Throughout the States

Currently, every case regarding employees’ rights to marijuana use has been overruled by federal law, which still sees marijuana as illegal. This legal generalization may not suffice with the innovations to state laws that continue to develop. Legislation needs to take into consideration all of the ripple effects that marijuana will have on businesses. When drug testing was deemed constitutionally appropriate, marijuana was distinctly illegal. Now with all of the unique exceptions and amendments to state laws, there are constant inconsistencies. National businesses are now also put in an difficult situation when dealing with the marijuana laws unique to their state– how does a nationwide company handle state-to-state laws regarding their policy on employee drug testing?  Legislation needs to step up and tie up all the loose ends to protect employees as well as protect corporations from being sued by individuals who feel that their rights are being challenged.

The New York Times: Creating Confusion in the Workplace

Huffington Post: Employers Can Fire You For Using Marijuana, But Brandon Coats’ Case Could Change Everything