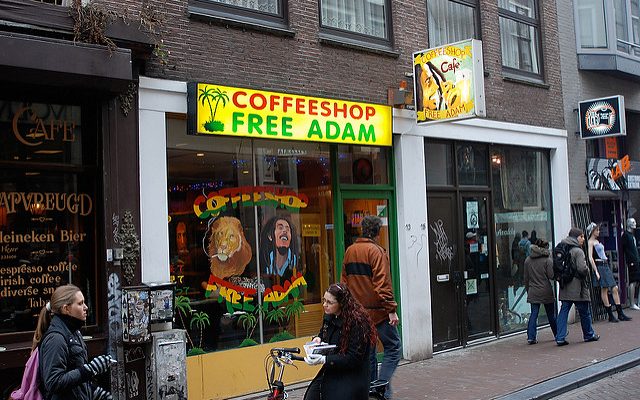 Cannabis in America March 2017: Will Colorado Be First to Legalize “Pot Clubs”?

Will the U.S. Finally End its Prohibition on Marijuana?

A freshman representative from Virginia introduced legislation last week that would remove marijuana from the federal Controlled Substances Act. This measure, introduced by Representative Thomas Garrett (R-VA), is identical to legislation introduced by Senator Bernie Sanders (I-VT) in 2015 that never really went anywhere. The bill would not effectively legalize the sale and use of marijuana in all 50 states; instead, it would allow states the ability to make their own decisions on marijuana policy without the threat of federal interference.

NFLPA Will Explore if Marijuana is Safer Than Opiates

The NFL Players Association will look into whether marijuana is a safer pain management alternative for athletes than opiates. During a taping of the NBC Sports “Pro Football Talk Live” radio show, NFLPA President Eric Winston revealed that owners may soon have no choice but to embrace it.

Colorado Could Become the First State to Legalize “Pot Clubs”

In a five-to-two vote, the Colorado Senate Business, Labor, and Technology Committee recently passed a bill that would bring “pot clubs” to the state. Senate Bill 184, titled Private Marijuana Clubs Open and Public Use, would allow individuals 21 years and older to publicly consume marijuana in privately-owned marijuana clubs. The bill will now move to a full Senate vote.

Will the Trump Administration Crack Down on Marijuana?

White House Press Secretary Sean Spicer suggested the Justice Department will increase its enforcement of federal marijuana laws. Marijuana is banned at the federal level, but is legal, recreationally or medically, in 28 states and D.C. However Spicer did say the president sees a “big difference” between recreational and medical marijuana.

A group of pro-pot federal lawmakers has teamed up to announce the formation of the first-ever Congressional Cannabis Caucus. The bipartisan effort will work on legislation related to marijuana legalization and regulation, proving that perhaps Congress is taking the issue of marijuana legalization seriously.

The Hemp Industries Association (HIA) has filed a motion against the DEA, challenging the agency’s handling of hemp foods as Schedule I drugs. On February 6, the HIA filed a motion to find the DEA in contempt of court for failing to comply with a 13-year-old court injunction, prohibiting the agency from regulating hemp food products as Schedule I controlled substances.

Dr. Sheryl Ryan is a pediatrician and the co-author of a new report titled“Counseling Parents and Teens About Marijuana Use in the Era of Legalization of Marijuana.” Dr. Ryan recently spoke with Law Street’s Alec Siegel about pediatricians’ role in keeping marijuana away from kids, and if they will prescribe medical marijuana to young people in the future. The following conversation has been edited and condensed for clarity.

AS: Do you see yourself and other pediatricians as a line of defense for marijuana use among kids?

SR: Absolutely, as much as we can be. People look to us. Parents do see pediatricians as having a legitimate voice. There is a certain respect for what we say. But those are only the parents that we see; there are many kids we don’t have access to. There are many kids whose parents have their own views of things and won’t listen to what we have to say. There aren’t too many other people who are speaking for kids in terms of health other than pediatricians.

AS: Do you think children, teens, and young adults should be able to use marijuana in a medical capacity?

SR: There are going to be cases of compassionate use. There may be a kid who is at the end of life, getting chemotherapy, and has nausea. In that case, should I be worried about that kid’s final brain development? No. We try to recognize that there are going to be cases where we should be able to work with parents and allow [their children] to use marijuana. We’re against blanket application across the board.

AS: Do you see a day where pediatricians prescribe marijuana to young people?

SR: I see that in the future. I’ve been to conferences where people are doing cutting edge research about a lot of different compounds in the marijuana plant. People are looking at benefits on the immune system. There’s a lot of work being done in this field. We don’t hear a lot about it because it hasn’t yet been translated to clinical application. I think ultimately there will be a lot more benefits of some of the different compounds of the cannabis plant. Before you can get there, you’ve got to have the research, evaluation, and clinical trials that tells you what’s an effective dose.

A Cannabis Gym is Opening in San Francisco

Things you find at a gym: barbells, bad dance music, bro tanks, yoga pants, and marijuana. Marijuana? At Power Plants Fitness, opening in May in San Francisco, yes, you will find marijuana. Find out more here.

Alexis Evans
Alexis Evans is an Assistant Editor at Law Street and a Buckeye State native. She has a Bachelor’s Degree in Journalism and a minor in Business from Ohio University. Contact Alexis at aevans@LawStreetMedia.com.
Share:
Related ItemsCannabis GymCannabis in AmericaColoradoMarijuana LegalizationMedical MarijuanaNFLPAOpiatesPot ClubsProhibitionRecreational Marijuana