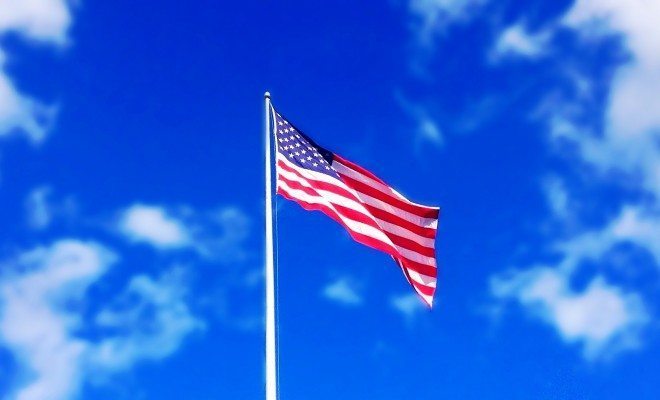 There’s a very pointless fight going on in the world of American politics right now. It’s over whether or not President Obama “loves” America. See? It really is as stupid as it sounds.

It seemingly started a few days ago when Rudy Giuliani, the former mayor of New York City, made statements speculating about how President Obama feels about America. He stated on Wednesday:

When accused of being racist, Giuliani got even weirder, saying:

Some people thought it was racist — I thought that was a joke, since he was brought up by a white mother, a white grandfather, went to white schools, and most of this he learned from white people.

He also blamed America’s supposed antipathy to America on socialism. Overall, it was a weird, yet not entirely unexpected outburst. After all, in the almost ten years since Obama has been on the national stage, there’s been plenty of speculation about his beliefs, ideologies, and thoughts.

It hasn’t just stayed with Giuliani though, because now possible Republican 2016 Presidential candidate, Wisconsin Governor Scott Walker has jumped into the discussion. He essentially said that he didn’t know how Obama feels about America, and also doesn’t know if Obama’s Christian, because he’s never asked him.

Walker has now run in circles around those comments, saying

I assume most people in this country love America. And to me I don’t think it’s worth getting into the battle over whether he does or he doesn’t. He can handle that himself. I know I do.

And his spokesman stated:

Of course the governor thinks the president is a Christian. He thinks these kinds of gotcha questions distract from what he’s doing as governor of Wisconsin to make the state better and make life better for people in his state.

The entire thing is such a bizarre and pointless debate. First of all, any discussion of Obama’s religion again, is exhausting. Walker saying that he’s not sure what Obama’s religion is because he hasn’t asked him is ridiculous, especially after the continuous media coverage and Obama’s constant reaffirmation of his beliefs in 2008. The fact that Walker is feeding into that speculation is just as bad–remember when McCain at least corrected that one insane lady at his event who thought that Obama was Muslim?

The debate over whether or not Obama “loves America” is equally exhausting. It’s polarizing, it’s pointless, and it’s ridiculous. First of all, why does it matter that much? Should we follow this implication through and assume that if Obama doesn’t “love” America, he’s currently attempting to destroy it? That’s insane and beyond paranoid.

What it really is is a way to call Obama elitist, and different than the American ideal of country above self. It’s a debate that we’ve been having for years now, and it’s silly. I hope that in 2016, everyone will focus on getting the best person for the job, and not just silly paranoid speculation.

Anneliese Mahoney
Anneliese Mahoney is Managing Editor at Law Street and a Connecticut transplant to Washington D.C. She has a Bachelor’s degree in International Affairs from the George Washington University, and a passion for law, politics, and social issues. Contact Anneliese at amahoney@LawStreetMedia.com.
Share:
Related ItemsBarack ObamaGOPJohn McCainPatriotismPoliticsPresidential CandidateRacismRudy GiulianiScott WalkerSpeculation