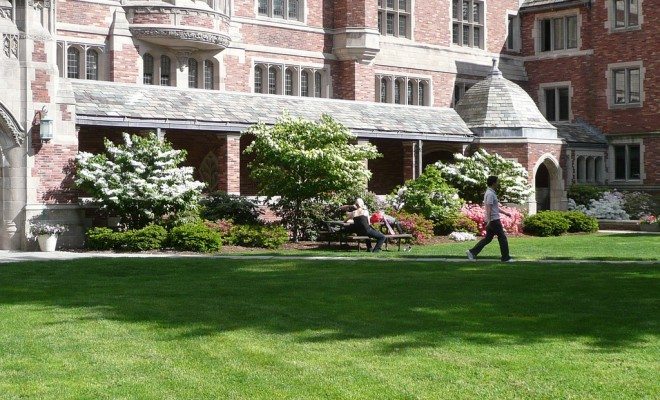 Recently, some Stanford Law students realized that they could request access to their admissions records in accordance with the 1974 Family Education Rights and Privacy Act. Students around the country, including some at Yale Law, caught wind of this and requested to see their records as well. So, how did Yale respond? By deleting all of its admissions data, of course.

Now Yale Law School will continue to delete all of its admissions evaluation data after each annual admissions cycle. Included in this data are numerical evaluations made by Yale Law School officials and faculty and the identities of the deciding individuals. This decision was made by law school administrators without any sort of announcement, and the school had already received multiple FERPA requests before the records were deleted.

This practice is not completely new for Yale–before they had electronic applications starting in 2001, applications were submitted on paper and were discarded after each year.  In an email, Yale Law School Associate Dean Asha Rangappa said: “recent FERPA requests prompted us to look at our record-keeping practices, and the decision was made to revert to our previous practice, which was to discard evaluation records after they had fulfilled their intended purpose.”

According to Rangappa, this decision was made to protect the professors at the school. Giving students access to their admissions records would mean giving them access to the notes and numerical evaluations made by the professors throughout the admissions process. These professors are the ones that go on to ultimately decide who get accepted into the prestigious law school, and allowing students to see those decisions may lead to tensions between students and faculty.

Rangappa also stressed that, “candid evaluations provided by faculty members and others are a critical part of the law school admissions process, and if faculty reviewers knew that this information could be shared with admitted students, they might be reluctant to participate in the process.”

Professors like Akhil Amar, who is also faculty chair of Yale Law School, understands this decision despite that fact that it was made without the law professors’ knowledge or input. He acknowledges that the maintenance of school records is the responsibility of the administration, and does not necessarily involve the faculty.

Additionally, Amar argues that FERPA does not actually allow students to examine their admissions records. According to Amar, the purpose of FERPA is to ensure that future employers or other schools receive the correct student record.  Students are allowed to see their academic records to ensure that all of the information contained in them is correct. However, no one else will ever need to see the students’ admissions records. Amar stated:

As I understand the basic purpose of the law, it is to allow students to have access to files that perhaps might be visible to various outsiders — employers and judges and the like — to correct their records. When it comes to admissions decisions, that is not part of their academic record; that is not shared with anyone. FERPA is about giving the student privacy and a certain control of the information so that the student can correct any mistakes, and none of that applies to admissions information.

Students, however, had mixed reviews of the decision. Some students, like a 3L named Matt Kemp, understood it. According to Kemp, he understands the desire of the faculty to maintain privacy and protection throughout the admissions process, but also believes that the purpose of FERPA is to allow students to see their admissions records.

Others, like 3L Dennis Owrutsky, considered the decision to be “irresponsible.” He believes that in deleting the records, the school lost valuable insight into the admissions process. He said that “[The law school] now lacks the resources to evaluate itself objectively.”

While there were a range of responses to the decision, most students do agree that Yale Law School did not have a legal obligation to preserve the data. It will be interesting to see the response to increased awareness about FERPA. Will more students across the country start asking to see their admissions records? And if so, will other schools follow in Yale’s footsteps and take action in order  to preserve the integrity of their admission processes?

Brittany Alzfan
Brittany Alzfan is a student at the George Washington University majoring in Criminal Justice. She was a member of Law Street’s founding Law School Rankings team during the summer of 2014. Contact Brittany at staff@LawStreetMedia.com.
Share:
Related ItemsAdmissionsConfidentialityFERPALaw SchoolLaw StudentsPrivacyYaleYale Law