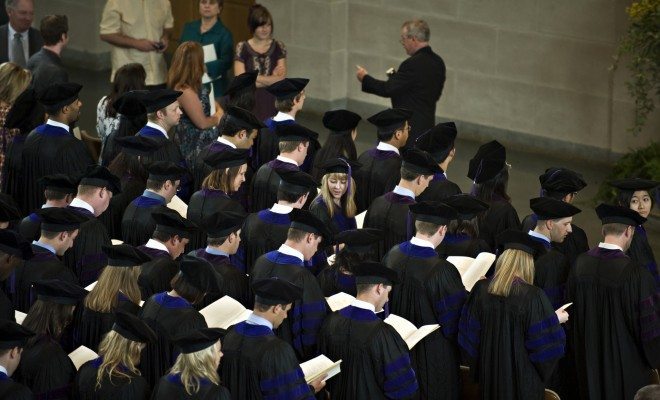 Unexpected Jobs You Can Get With a Law Degree

Law degrees are undoubtedly expensive, difficult to complete, and very time consuming. After finishing the requisite three years in law school, students might start to reconsider their intended career field, which can seem quite daunting and somewhat limited. Being a lawyer can be very rewarding, although it can also be a very stressful and intense job. Fear not, graduates, as contrary to popular belief, it turns out that there are a plethora of opportunities for those who hold law degrees besides practicing law. Attending law school gives students a wealth of knowledge and expertise in a multitude of areas, all of which can all of which can be utilized in some very interesting and unexpected jobs. In a world where it seems like society is rife with lawyers but with few available jobs, it is comforting to know that there are other options for those who either don’t make it practicing or realize that they wish to pursue something entirely different. While not all of the following jobs are as lucrative as being a lawyer at a top firm, they can still lead to some very compelling professions.

People who receive J.D.s acquire plenty of skills in the process, such as learning persuasive writing, argumentation skills, critical thinking and analysis, public speaking, counseling, and researching. These skills can be applied in a variety of settings, not just in a typical legal environment. While some of these options are still within the realm of the legal field, others are very different, so if you wish to make an exit from practicing law, you do still have some viable choices.

One of the most valuable skills acquired in law school is learning how to become a strong writer. Did you know that some of the top writers in the industry first started their careers by attending law school? A surprising amount of lawyers have launched successful careers within the writing field, many of them choosing to focus on the subject of crime in their works. A few notable authors who also hold the title of J.D. include John Grisham, Meg Gardiner, and Scott Turow. Each of these novelists first dappled in the field of law and then later gained international fame for their thriller pieces. Even if you don’t want to write long, extensive novels, you can still write for the masses by becoming a freelance writer or a blogger like Kat Griffin who launched corporette.com. Journalism is also a possibility, since lawyers learn how to investigate and problem solve through their schooling and careers, so this can be translated over to professions within the communications sphere, such as reporting. Becoming a literary or media consultant could also be an option where you can offer your legal knowledge for the production of books, movies, and television shows.

If you would like to go in the route of the corporate sector, then there are many potential opportunities for those who hold law degrees to work in major companies or to even become entrepreneurs. People with law school experience could find promising careers in finance, such as being chief operating officers, chief financial officers, or human resources directors. One former attorney credits her background as a lawyer with helping her to achieve success in the entrepreneurial sphere, since her education helped her to better understand and negotiate contracts within her business. These positions include many different areas, and so they give lawyers a chance to experience a wide array of fields in one setting while utilizing the many skills they learned in law school.

If you’re interested in the political route, then having a law degree is always a good option. Many of our presidents, past and present, were first top lawyers in their respective cities, such as Barack Obama and Bill Clinton. Getting involved in politics of course requires a deep understanding of the law, and so first becoming a lawyer while building your political career from the ground up can lead to a prolific career. Having a law degree also could be a segue into working for the government or a federal agency, where lawyers are often in demand. Lawyers learn how to become expert negotiators and mediators through their training, both of which are crucial skills if one would like to work for organizations such as the Federal Bureau of Investigations or the Central Intelligence Agency.

Many lawyers have gained fame by putting their oral and presentation skills to use in the world of entertainment. One of the anchors of “The Today Show,” Savannah Guthrie, started out her career by first obtaining a law degree. “Judge Judy” is a popular television show that is based off of the real life proceedings of Judge Judy Sheindlin in her courtroom. The founder of TMZ.com, Harvey Levin, was first a lawyer before creating his popular celebrity gossip website. Star Jones also was a lawyer before she became one of the hosts of the popular talk show, “The View.” Many actors also received their law degrees before making their big debuts in Hollywood, such as Gerard Butler and Rebel Wilson. If you prefer to be behind the scenes, then maybe you could be an agent for those in the spotlight by acting as their advocate.

Lawyers are perhaps most relied upon for giving advice to their clients, and so this tool can be transferred to a variety of other fields. Lawyers could make careers out of becoming legal counselors on multiple different platforms, such as with nonprofit organizations or major companies. Others choose to teach after receiving their law degrees, a job which can incorporate almost all of the skills needed to be an effective lawyer. Given how much lawyers are forced to analyze when examining cases and legal arguments, their skills can be put to good use in a public policy analyst or policy strategist position.

Whether you are a recent law school graduate, have a couple of years of legal practice under your belt, or have been in the field for a few decades, it’s never too late to try your hands at something different if you become tired of your job. The many skills learned in law school can aid lawyers in many different tasks in various careers. If you had the work ethic and determination needed to complete law school, then you can likely hone in on these abilities and use them towards almost any career you desire. In the end, the possibilities are endless for those who possess law degrees.

Toni Keddell
Toni Keddell is a member of the University of Maryland Class of 2017 and a Law Street Media Fellow for the Summer of 2015. Contact Toni at staff@LawStreetMedia.com.
Share:
Related ItemsBusinessCareerGovernmentLaw DegreeLaw SchoolLSATMBAPublic InterestWriting