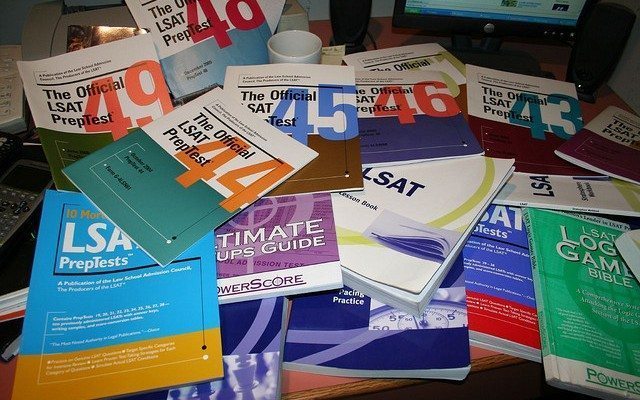 For years, I’ve been seeing those TV ads about for-profit universities. University of Phoenix, ITT Technical Institute, Porter and Chester Institute, and the list goes on, but no matter what catchy jingle they used, they all seemed like crap. While for-profit universities at one point seemed like a good idea, they’re now recognized as pretty bad investments. I think very few of us realized that they had moved beyond the point of just offering associates, bachelors, and technical degrees–they’ve now expanded into the law school game as well. Not only do the existences of for-profit law schools harm the people who make the foolish choice to attend them, they also have the potential to harm the entire legal profession.

Paul Campos of the Atlantic recently wrote an excellent piece on the rise of for-profit law schools. He explains how they were born out of the brainchild of one company called InfiLaw, a corporation created by the Chicago equity firm Sterling Partners. They bought up a struggling law school–Florida Coastal University–and created two others–Arizona Summit Law School and Charlotte School of Law. Campos goes on to explain how InfiLaw’s law school experiments started to accept students who would not have been enrolled in most law schools, mostly because their LSAT scores were very low. Admitted students often had to take out massive loans to pay for their substandard educations, and then struggled deeply to find jobs after graduation. Campos explains how this simply is not sustainable. Throughout the entire article, one thought kept coming into my mind: this sounds like the educational version of a ponzi scheme.

There’s something dangerous about for-profit educational institutions, especially for-profit law schools, and that’s that they make promises that they can’t keep. Despite what Suits may tell us, in order to be a lawyer you really do need to pass a bar exam. That’s not an easy feat–only about 68 percent of the people who took the bar exam passed it last year. While there is a lot of dispute over whether or not scores from the LSAT test correlate to bar exam passage, most analysts certainly admit that they are at least somewhat linked. Students’ law school grades can also indicate whether or not a particular individual will pass the bar exam. Overall, the prospects of for-profit law school students to pass the bar exam are pretty bad. As Campos explains,

Florida Coastal’s median LSAT score was 144. Of course the argument could be made that these law schools are doing students a service because they are working with individuals who would not have been admitted other places to get their law degree, despite all odds. But that’s simply not true–instead, these for-profit law schools are just handing out promises that they can’t possibly keep.

Law school may still be a good choice for many American students, despite the fact that the legal field is rapidly changing. But the Obama Administration is actually starting to put pressure on for-profit colleges, in recognition of the true disservice they’ve done to most of their students. The for-profit law school field is a bubble that’s slowly popping, and it brings us back to this point: if you’re going to go to law school, make sure you know what you’re getting yourself into. It could save you a lot of time, money, and pain.

Anneliese Mahoney
Anneliese Mahoney is Managing Editor at Law Street and a Connecticut transplant to Washington D.C. She has a Bachelor’s degree in International Affairs from the George Washington University, and a passion for law, politics, and social issues. Contact Anneliese at amahoney@LawStreetMedia.com.
Share:
Related ItemsArizona Summit Law SchoolCharlotte School of LawFlorida Coastal UniversityInfiLawLaw SchoolLSATSterling Partners