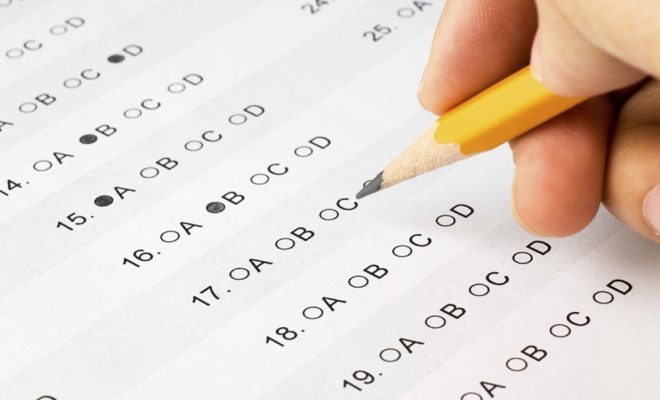 The 9 Stages of Receiving Your LSAT Score

After a stressful Grey Day earlier this week, LSAT scores were finally released yesterday. In order to explain the emotional ups and downs LSAT takers encounter, fellow Law Streeter, Samantha Reilly, and I have tried to put our experiences with the LSAT score release into words (and gifs).

Whether you were ecstatic about your score, pleasantly satisfied, or are gearing up to take the test again in a few months, you probably have experienced at least some of these stages in the past 24 hours.

Receiving the score is a spiritual experience like no other. Once word begins to spread that LSAC accounts have gone grey and you see that fateful “Your June 2016 LSAT Score” subject line in your inbox, your life feels different.

Shaking with disbelief, you open up the email. There it is right in front of your very eyes–the three digit number that has the potential to change everything for you. It is finally here!

It doesn’t really matter what score you got, the second that email is in your inbox the months of anxiety and endless waiting are over and it sure feels good.

After the initial rush of relief, comes the panic. What was that number you just read? Was that above or below your target score? What percentile did you score in? How does your score stack up against your dream law school’s average? Then you remember all of the reasons you were dreading score day and, although you’re thankful it’s finally here, you’re not sure you’re still breathing.

Next up is denial. There’s no way you got a perfect score. It’s IMPOSSIBLE to score lower than you were scoring on every single prep test. How in the world did you score as average, or high, or low as you did? There must be a mistake. LSAC has been wrong before and they’ve done it again; you’re sure of it.

That denial sends you straight into a spiral of scrutinizing your response report. Now that you’ve let the number sink in, it’s time to focus in on what went wrong (or right). Wait, you made that same mistake in your last three practice tests? Rookie mistake.

After you finally realize that, no, this is not some evil LSAC plot to fake you out, and yes, this is the real deal, you steamroll straight into mourning. You had waited so long for this moment and now there is no more waiting, no more guessing, and no more LSAT–at least for a couple of days. The world feels bleak and empty without the wishing and the waiting. Time to kick back, put on a rom com, and eat your feelings (whether it’s in celebration or despair).

What happens now? Well, good or bad score, you’re probably about to drop some money sending your killer score off to law schools, registering for a retake, or picking up some new study materials. Life is going to move on and you will continue to be the same old law nerd you always have been, only, now you’re a survivor of one of the most frightening standardized tests in existence.

You’ve spent the last two days in excruciating anticipation and now everyone who follows you on Twitter is suddenly very interested in this numerical evaluation of your intelligence. Some of them are trying to be supportive, but no, 100 is not the target score. Please stop trying.

And finally, things go back to normal. While many of us aren’t quite at this stage yet, it will come. You will stop seeing LSAT scores in your sleep. You will stop logically analyzing conversations you hear on the metro. You will stop obsessively checking Dave Killoran’s Twitter page. Things will be back to the way they used to be, but you won’t. There’s something different about you now. A little extra spring in your step now that your LSAT lifecycle has come full circle. It’s back to work for you!

Keep in mind that no matter what news you received yesterday, you survived! It was a long and winding road. Maybe you have to travel it again, maybe not, but one thing is certain: you did it!

Rest easy tonight knowing that you can be proud of yourself, whatever the results of Grey Day happened to be.

Alexandra Simone
Alex Simone is an Editorial Senior Fellow at Law Street and a student at The George Washington University, studying Political Science. She is passionate about law and government, but also enjoys the finer things in life like watching crime dramas and enjoying a nice DC brunch. Contact Alex at ASimone@LawStreetmedia.com
Share:
Related ItemsDenialgrey dayLSACLSATRelease