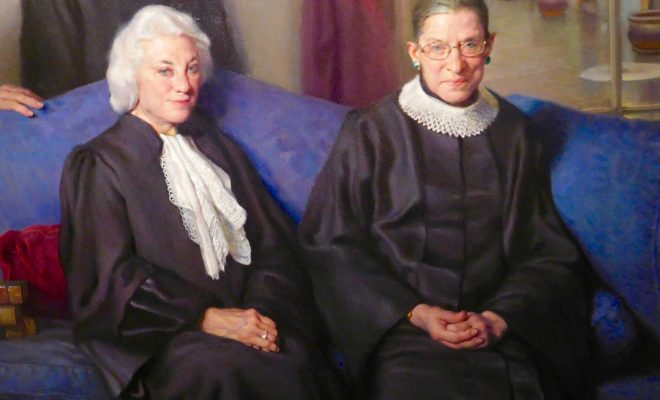 Law was traditionally a male-dominated field–and while women are increasingly entering it, there’s still some work to be done. A new report released by Law School Transparency and co-written by a professor at the Moritz College of Law at Ohio State University found that women make up a smaller proportion of the population at the highest-tier law schools, and that they’re less likely to find high-paying work after they graduate. The law school gender imbalance is still there, and it’s still very concerning.

Professor Deborah Jones Merritt and Law School Transparency’s Kyle McEntee titled the report: “The Leaky Pipeline for Women Entering the Legal Profession” and identified a number of related issues that could have led to this phenomenon. Despite the fact that women make up the majority of undergraduate and graduate degree seekers, they’re only 50.8 percent of law school applicants. As Merritt and McEntee put it:

To put this a different way, about 3.4 percent of men college graduates apply to law school, but just 2.6 percent of women do…If women applied to law school at the same rate as men, applications would go up 16 percent overall.

Law schools (particularly elite law schools) have also been admitting the women who do apply at lower rates. It’s unclear why that would be the case–it could be because law schools are putting a higher emphasis on LSAT scores, and women tend to score slightly lower on the test on average.

The third issue identified in the report is that women are more likely to attend lower-ranked law schools. Again, there may be a few different reasons contributing to that gap–from the availability of financial aid or slightly lower LSAT scores. Kastalia Medrano of Motto also noted:

The research duo behind the report posited that perhaps women aren’t as aggressive as men in negotiating better scholarship deals, and that the legal industry itself might not be doing enough to rectify its public perception as a male-oriented sphere, a widespread image problem that discourages women from entering a number of professions.

So what does all this mean? Well, many female lawyers are starting with a disadvantage that affects their professional lives moving forward. As Elizabeth Olson of The New York Times puts it:

Despite the high numbers with law degrees, women hold fewer than 20 percent of partnerships at law firms and are underrepresented in the higher echelons of law, including the ranks of judges, corporate counsel, law school deans and professors.

Anneliese Mahoney
Anneliese Mahoney is Managing Editor at Law Street and a Connecticut transplant to Washington D.C. She has a Bachelor’s degree in International Affairs from the George Washington University, and a passion for law, politics, and social issues. Contact Anneliese at amahoney@LawStreetMedia.com.
Share:
Related ItemsGenderLaw SchoolLawyersYoung Lawyers