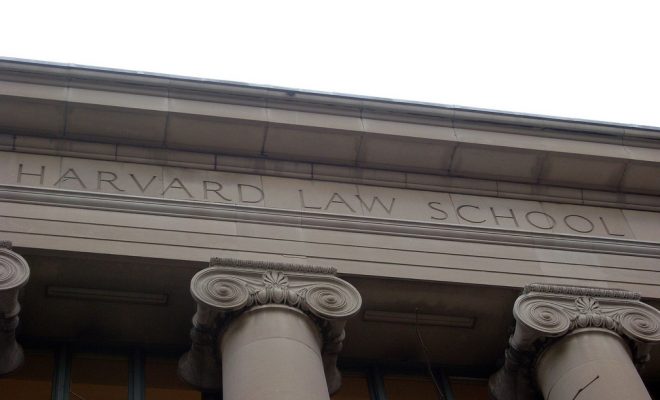 A lot has changed since Elle Woods aced her Law School Admission Test to land a spot at Harvard Law in “Legally Blonde.” Now, you may not even need an LSAT score to get in.

As part of a new pilot program this fall, Harvard will begin accepting scores from the Graduate Record Examination (GRE), in addition to the LSAT, which it currently considers.

The new move is part of Harvard’s efforts to attract more diverse applicants, as well as those who may be weighing other graduate school options but don’t want to take two different entry tests because of cost and convenience. The GRE, which is available in more than 150 countries, could also help bring in more international students. It can be taken year-round and on a computer, unlike the LSAT, which is a written test offered four times a year.

All students benefit when we can diversify our community in terms of academic background, country of origin, and financial circumstances. Also, given the promise of the revolutions in biology, computer science, and engineering, law needs students with science, technology, engineering and math backgrounds. For these students, international students, multidisciplinary scholars, and joint-degree students, the GRE is a familiar and accessible test, and using it is a great way to reach candidates not only for law school, but for tackling the issues and opportunities society will be facing.

Though this could be a first step toward making the LSAT permanently optional, law schools are required by the American Bar Association to measure the impact of a GRE policy before they change their admission criteria. Last year, the University of Arizona’s law school started giving students a choice between submitting GRE and LSAT scores. The Law School Admission Council (LSAC), which  administers the LSAT, criticized the University of Arizona at the time, saying that all students should be required to take the test.

The announcement about testing the new admissions policy comes as Harvard faces falling enrollment numbers. The number of applicants to the most highly-ranked law schools has decreased overall between 2011 and 2015, and Harvard specifically has seen an 18 percent drop in applications.

Victoria Sheridan
Victoria is an editorial intern at Law Street. She is a senior journalism major and French minor at George Washington University. She’s also an editor at GW’s student newspaper, The Hatchet. In her free time, she is either traveling or planning her next trip abroad. Contact Victoria at VSheridan@LawStreetMedia.com.
Share:
Related ItemsGraduate Record ExaminationGREHarvardHarvard LawLaw School Admission TestLSAT