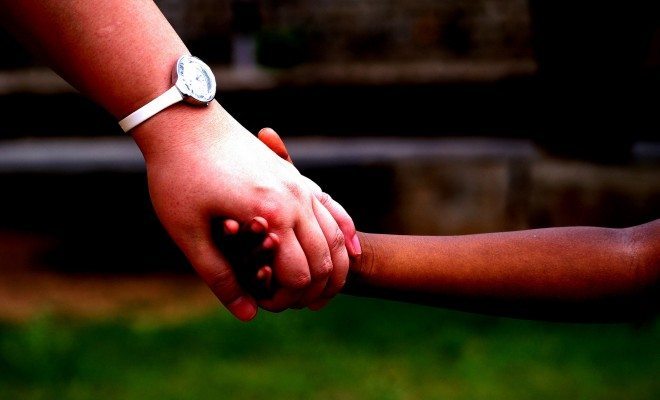 Advocating with a Passion: Why a Career in Public Interest Law is Worth Considering

Are you mission-driven? Motivated by your devotion to a cause? Ready to make an impact on the world? Fueled by a desire to help others? There’s a field of law that needs your passion.

Public interest lawyers provide voices to the members of our society who are so often overlooked, help to save the environment, take on oppressive laws, and fight for fairness. If you are a changer-of-the world looking for meaningful work that will feed your desire to make real change, public interest law is a path you should consider.

Lewis & Clark Law School, located in Portland, Oregon, has one of the leading Public Interest Law programs in the country, making it a great place for aspiring public interest lawyers to get their start.

Public interest work is not confined to any one political ideology or legal practice area. It is work undertaken to advance justice, fairness, and protection of the public, rather than for commercial or personal gain.

Why do Students Focus on Public Interest Law?

Here’s what some Lewis & Clark Law students say about why they were drawn to public interest law.

Chelsea Sandbloom, a 2L from Washington, told me about how volunteering and working at nonprofits while in college drove her obtain “a graduate degree where I could better advocate for those who are underrepresented or marginalized in society.”

Zachary Winston, a 3L from New York, won last year’s Oregon New Lawyers Division Pro Bono Challenge Award for completing the most pro bono hours at Lewis & Clark Law School. He has a deeply personal reason for his desire to work in the field of public interest. While an undergraduate student, Winston made a bad decision one night and was arrested on felony charges. “After taking responsibility for my actions and pleading guilty, I was incarcerated for seven months,” he says. “While incarcerated, I witnessed many injustices in the criminal justice system. After being released, I knew I had to give back to underrepresented communities by trying to reform it.”

Laura Russell, a 3L at Lewis & Clark Law School who focuses on public interest, with a concentration in health law, told me about her journey, stating:

I knew from an early age that I wanted to be a public servant, I just wasn’t sure in what capacity. Then, just out of college, I got a job working in health care. My job was, essentially, to educate people about state and federal health care coverage options. It was at that job where I started to really understand issues of health justice. I knew I wanted to have a career that would allow me to advocate for, and with, vulnerable populations on both an individual and systemic level. There are an abundance of lawyers in this country, but what we really lack, are public interest lawyers. Public interest law is not lucrative, and it often feels like it’s a perpetual uphill battle but I can’t imagine any more gratifying work. It’s the kind of work that can change lives and communities.

At the end of the day, while each public interest law school student’s story is going to be different, there’s a consistency that rings true–a drive to help others and seek justice.

First and foremost, the results speak for themselves. Lewis & Clark’s Public Interest Law program is one of the best in the country, and it feeds more graduates into careers within the realm of public interest law than the national average among law schools.

Support from the School

Tracy Sullivan, the executive director of the program, talked about the wealth of resources that the school offers to its students. The school offers a certificate program specifically focused on public interest law, which emphasizes pro bono work from day one. According to Sullivan, Lewis & Clark Law students have completed roughly 22,000 hours of pro bono work this year–a huge service to the Oregon and national communities.

To help students support themselves while taking on pro bono work, Lewis & Clark Law offers a number of stipends. Additionally, Lewis & Clark Law helps graduates connect with the loan repayment assistant program, and one of its student organizations helps contribute to the funds used for that program.

One of the most active student groups on Lewis & Clark Law’s campus is the Public Interest Law Project (PILP). Its mission is to “help fill the justice gap between those who need attorneys and those who can afford attorneys. PILP helps fill this gap by providing students ways to afford to take on this work both as students and as lawyers.” PILP provides Lewis & Clark Law students with a robust community of students also interested in public interest law, as well as events and resources.

Lewis & Clark Law has a fantastic externship program, providing work opportunities to students while they’re still completing their studies. This emphasis on work experience while in law school helps students get jobs. Sullivan explained that employers in the public interest sphere love to see a continued commitment from students throughout their time in school. Lewis & Clark Law also helps students find those placements after graduation, with services like the NW Public Service Career Fair.

The practice of law is all what you make of it. Public consciousness seems to be at an all time high–from the inception of the Black Lives Matter movement, to increased emphasis on environmental law, to discussions about wrongful convictions sparked by cultural phenomena like “Serial” and “Making a Murderer”–we’ve been hearing a lot about the need for justice for all. If you’re interested in making a difference, public interest law could be the way to go, and Lewis & Clark Law is looking for passionate students to join the next generation of public interest lawyers. Learn more about the program here.

Editor’s Note: This post has been updated to clarify the number of pro bono hours worked by Lewis & Clark Law Students.