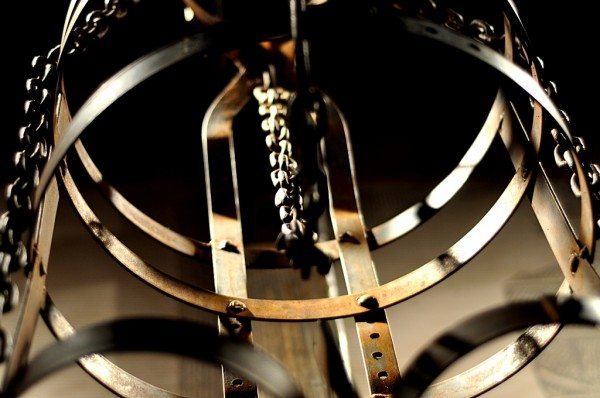 The 10th U.S. Circuit Court of Appeals denied a petition of habeas corpus last Wednesday to Oklahoma death row inmate, Benjamin Cole—saying that the circumstances of his trial were fair and perfectly constitutional.

48-year-old Cole was convicted of first-degree murder after a 2002 incident in which he inflicted a fatal injury to his infant daughter while trying to get her to stop crying. Nine-month-old Brianna was lying on her stomach when her father lifted her ankles up over her head—a move so unnatural it broke her spine in half and shredded her aorta, according to the subsequent autopsy report. As she lay dead on the floor, Cole returned to his video games until his wife walked into the room.

During the 2003-04 trial, Cole denounced his government-appointed defense counsel for not sharing his conviction in the Christian faith. Court documents described him as staring blankly at the Bible while the proceedings took place. Cole then made a request for a new team of Pentecostal lawyers to represent him, but the request was denied. That denial formed the bulk of his recent habeas corpus petition where he claims that it violated his 6th, 8th, and 14th Amendment rights.

In his petition, Cole argued that the Supreme Court case, U.S v. Cronic, set precedent for what he called a “breakdown of communication” between him and his lawyers. In the Cronic case, the defendant accused of mail-fraud was sentenced to 25 years in prison after his newly assigned lawyer failed to present a defense equal to that of the prosecution’s 4-year preparation. But in the case of Benjamin Cole, both the presiding district court, and most recently, the 10th Circuit Court of Appeals have decided that Cole’s born-again trial behavior was of his own doing and, as a result, didn’t incur the same constitutional blunder as U.S v. Cronic.

The final opinion reads, “Having reviewed all of the state court records in this case, we conclude that, notwithstanding the constitutional errors alleged by Cole in these federal habeas proceedings, Cole received a fundamentally fair trial. In other words, even aggregating the constitutional errors alleged by Cole, we conclude that those errors did not have a substantial and injurious effect or influence on either the jury’s determination of Cole’s guilt or its decision to sentence Cole to death.”

There are 32 states that still use the death penalty.  According to the Death Penalty Information Center, the number of inmates on death row in 1970 versus today has gone from 631 to 3,108. Cole’s more-than-decade-long saga of appeals is a familiar tale in the United States, whereupon sentencing, death row inmates wait an average of nearly 200 months before execution. Even the Supreme Court has characterized these long periods of time waiting to be killed as causing “immense mental anxiety amounting to a great increase in the offender’s punishment (Foster v. Florida, 2002).”

In an exhaustive cycle of ineffective legal assistance petitions to prosecutorial misconduct claims, the state wastes hundreds of thousands of dollars in court costs when a sentence of death is handed down. While Cole’s actions were horrific and unspeakable to the moral human being, by sentencing him to death, the court sentenced the taxpayers to the gallows of a slow and painful financial burden. So, if not for reasons humane or anti-hypocritical (like, you know, not murdering murderers,) then in the Cole case one can find a monetary incentive in avoiding the death penalty.