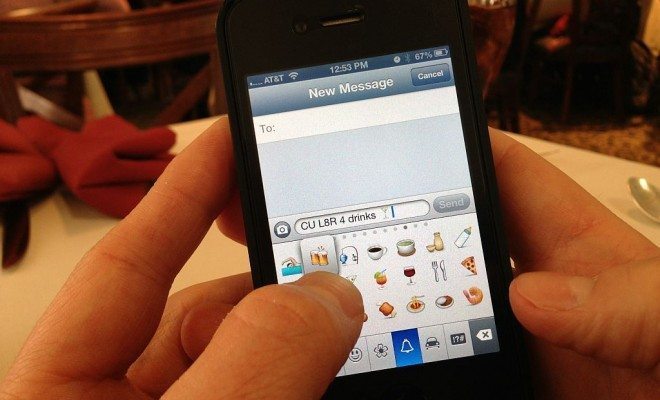 Emojis: More Serious Than You May Think

Emojis are a fun way to let your friends know exactly how you feel while you’re texting them, but, can they be harmful? In some cases, interpreting the meaning behind emojis is more difficult than you may think. What one person sends as a funny joke with a smiley face could be interpreted differently by the person receiving the message. In a world full of  miscommunications because of the lack of tone in a text message, it can be hard to tell just what an emoji means.

In this week’s emoji news, a 12-year-old girl has been charged with threatening her school on Instagram due to a post from this past December. According to the Washington Post, the girl posted an ambiguous message under a different student’s name involving several emojis, including the gun, knife, and bomb emojis. The message also had the word “killing” in it, although it is unclear what the full Instagram post actually said. Though the post was not under her name, the girl did admit that she was the one who had posted it when questioned by the authorities.

After the school received word of this potential threat, it notified the police. Police officers got a search warrant and managed to identify the girl through the IP address used to post the image. Once they determined that the threat was not credible, the authorities still charged the girl who posted the image with threatening a school and computer harassment. Her mom claims she was confused as to why her daughter would have posted something like this, but suspects that it may be in response to bullying. One of the biggest questions in the investigation was about what exactly the gun, knife, and bomb emojis really meant and whether or not they could be considered threatening.

Deciphering the meaning of emojis is becoming a growing concern as their popularity grows. This Virginia pre-teen isn’t the first person to get in trouble for posting seemingly threatening emojis online, and she most likely won’t be the last. Almost a year ago, a 17-year-old named Osiris Aristy was arrested after using a gun emoji pointed at a police officer emoji–which the police considered a threat against local officers. During the Silk Road Trial, the judge ruled that punctuation and emoticons were necessary to understanding the evidence presented to a jury, so all texts read on to the record had to include descriptions of the emoticons used. In a case last year, Jesse Enjaian claimed that messages sent to a girl he was allegedly harassing online lacked context when emojis were redacted from the messages. Enjaian argues that with the emojis, the messages took a very different tone.

The problem with emoji interpretation is that their meaning is extremely subjective. While one person might think that adding a winky face to the end of a text makes it fun and light-hearted, the person receiving the text might not feel the same way. The same issue pops up in court cases–does the addition of emojis make a statement more or less threatening? In addition to the question of how emojis can be interpreted, there is also the question of how our First Amendment Rights apply to the internet. Can we really say whatever we want? And where do we draw the line when it comes to threatening or violent speech?

There’s not a whole lot of answers to these questions yet since the age of cyberbullying and emoji use is basically brand new. What everyone should take into careful consideration when texting, tweeting, or posting anything online is the fact that, no matter how funny you may think you’re being, the meaning of your words can be twisted or lost in translation when communicating on the internet.

Alexandra Simone
Alex Simone is an Editorial Senior Fellow at Law Street and a student at The George Washington University, studying Political Science. She is passionate about law and government, but also enjoys the finer things in life like watching crime dramas and enjoying a nice DC brunch. Contact Alex at ASimone@LawStreetmedia.com
Share:
Related ItemsEmojisInstagramInternet LawLawOnline CommunicationSocial MediaText Messages