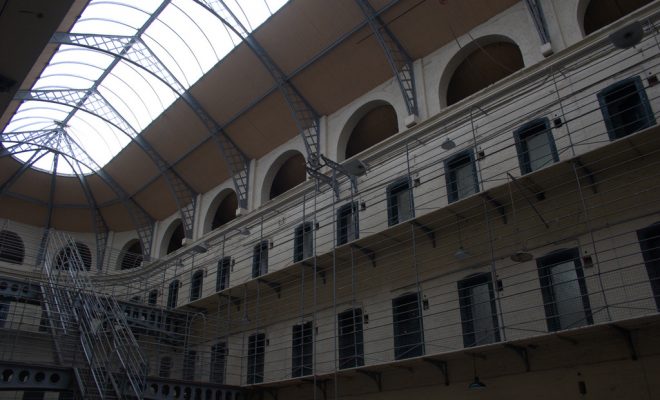 The U.S. incarcerates youth at vastly higher rates than any other country in a world. Given that these incarcerated youth die from suicide at a rate of two to three times higher than the non-incarcerated youth population, there is no shortage of controversies surrounding the jailing of youth.

Read on to learn about the different controversies surrounding the incarceration of juveniles in the American justice system.

Death in Prison Without a Jury: An Overview of Youth Incarceration

Though all 50 states and the District of Columbia have defined legal differences between adults and youth who are accused of committing crimes, different states have different standards and definitions for what age someone has to be in order to be prosecuted as a juvenile. Additionally, there are many provisions that allow for certain juveniles to be prosecuted as adults, even if they are technically considered to be juveniles.

For some youth, this can be seen as an initial advantage: juveniles accused of crimes are not entitled to a trial by jury in light of a 1971 Supreme Court decision. Instead, youth are sentenced at the discretion of judges. But this exposes youth to tremendous vulnerability at the hands of judges who are accused of making decisions on the basis of race, even if it’s unconsciously. As Judge LaDoris Cordell argues, regarding the grossly disproportionate number of youth of color in the juvenile justice system:

What is hard is that if you go up to your average juvenile court judge, and that judge is the one who sends these kids off–we’re the ones ultimately responsible for these statistics–that judge will look you dead in the eye and say, “I’m not unfair, I’m not racist, I’m not prejudiced. I do the best I can.” And that judge is telling you the truth. . . . But what is at play here in most cases? I’m not saying there aren’t those judges who are so prejudiced and so racist; there are those. But I think, in the main, most are not. But I think what happens is that stereotypes are so embedded in the psyche of human beings, that those stereotypes come to play. So that when a young black kid comes into court before a white male judge, who perhaps doesn’t have any experience dealing with young black males… a mindset comes up in that judge’s head… Assumptions get made. . . . I think, in the main, that’s what happens, and I think that’s what accounts for those statistics. . . .

However, the risks of being tried in adult courts are also astronomical: approximately 2,500 youth are currently enduring life in prison without parole for crimes committed when they were children. In addition, youth are likely to experience extreme abuse in adult prisons. According to the Equal Justice Initiative, “Children are five times more likely to be sexually assaulted in adult prisons than in juvenile facilities and face increased risk of suicide.”

In New York and North Carolina, this fate is particularly dangerous for youth: these are the only two states that try 16 and 17-year-old young people as adults. In both of these states, the age of adult criminal responsibility is 16, so judges must automatically treat these youth as adults. The prosecution of 16 year olds as adults–and their subsequent processing through the adult, rather than juvenile, system of incarceration–occurs in New York automatically, regardless of the severity of the accused crime. This means that every year, over 200,000 youth under the age of 18 in the U.S. are tried, prosecuted, and incarcerated as adults.

Even young people who are incarcerated as juveniles, however, experience tremendous hardship within the system. In addition to some debilitating and abusive conditions, youth in the juvenile justice system, whether currently incarcerated or on probation, are required to pay money to the courts for their own incarceration and probation. Youth on probation are responsible for payments such as supervisory fees, as well as fees for staying in juvenile hall while awaiting placement in group homes.

As schools are militarized across the country–with increased police presence and military training for the police placed in some of our schools–the number of students being funneled from schools into the juvenile justice system is correspondingly increasing. Overall, a 38 percent increase in law enforcement presence in schools between 1997 and 2007 is intimately related to 5 times more students being arrested in schools.

While the school to prison pipeline is facilitated by a number of trends in education, it is most directly attributable to the expansion of zero tolerance policies. These policies have no measurable impact on school safety, but are associated with a number of negative effects‖ racially disproportionality, increased suspensions and expulsions, elevated drop-out rates, and multiple legal issues related to due process.

By criminalizing “bad behavior” among children in schools instead of supporting students who are in need, zero tolerance policies have, according to Washington Times reporter Nikki Krug, “produced unnecessary student suspensions for even the slightest violations of conduct, leading to higher risk of failing, dropping out and criminal prosecution for minors.” These higher drop-out rates make recidivism and further involvement in both the juvenile and adult justice systems much more likely, with 70 precent of students who become involved with the juvenile justice system dropping out of school entirely.

Once involved in the juvenile justice system, many youths find themselves devastated by the impacts of solitary confinement. While New York has recently stated that it will end the solitary confinement of youth and those who are pregnant, the punishment is still a reality for many incarcerated youth elsewhere.

Locked in total isolation in small cells for 23 hours a day, children under the age of 18 are locked in solitary for days, weeks, and months on end across the United States every day. The mental health consequences of youth being locked in solitary are even more extreme than they are for adults. The Attorney General’s office has reported, for example, that half of youths who kill themselves while incarcerated do so while they are in solitary. Of those who are not in solitary at the time of their death, 62 percent had endured solitary confinement before.

The youths who do survive solitary are often plagued by the trauma they endure for years to come. In fact, Juan E. Méndez, a United Nations expert on torture, has argued that solitary confinement, especially when practiced on children under 18, amounts to torture.

Among these youth of color who are targeted by the juvenile justice system, a great number identify as LGBT. According to the Center for American Progress, around 300,000 LGBT youth are arrested and detained each year in the U.S., and approximately 60 percent of these youth are black and Latina. These youth are much more likely than non-LGBT peers to be targeted for abuse once incarcerated.

Human Rights Watch: The Rest of Their Lives

Center for American Progress: The Unfair Criminalization of Gay and Transgender Youth

PBS: Is the System Racially Biased?

Colorlines: Paying to Get Locked Up

NOLO: Do Juveniles Have a Right to Trial by Jury?

Jennifer Polish
Jennifer Polish is an English PhD student at the CUNY Graduate Center in NYC, where she studies non/human animals and the racialization of dis/ability in young adult literature. When she’s not yelling at the computer because Netflix is loading too slowly, she is editing her novel, doing activist-y things, running, or giving the computer a break and yelling at books instead. Contact Jennifer at staff@LawStreetMedia.com.
Share:
Related ItemsCrime in AmericaCriminal JusticeCriminal LawDeath in PrisonEducationJuvenile InjusticeJuvenile JusticeLawMass IncarcerationNew YorkPolicePoliticsRacismYouth