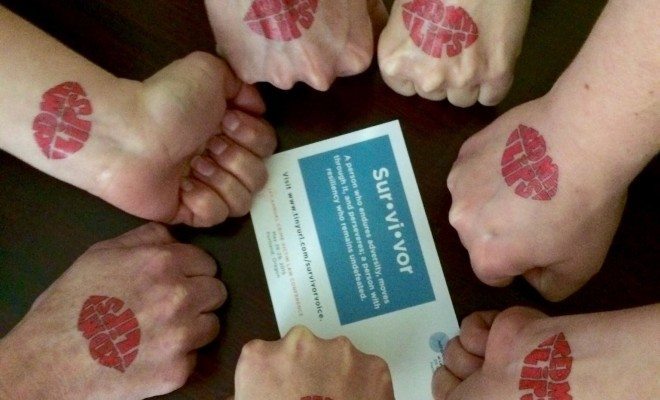 Victims in the Justice System: What Are Their Rights?

An unfortunate reality of the world in which we live is that new crimes are perpetrated and new victims are created every day. There’s a firmly carved out space in our justice system–and by extension, our society–for offenders. But what about the victims of crimes? What spaces do they occupy in our justice system, and what rights do they have? Read on to learn about the pressing issues in victims’ rights, and what progress is being made to advocate for victims within our justice system.

What are victims’ rights?

The newly developing field of victims’ rights law comes from the theory that there needs to be a place for the victim in the justice system and within the victim’s own legal process. Currently there are two players in our traditional criminal justice system: the prosecutor and the defendant. However, victims’ rights advocates argue that this construction leaves little or no room for the victim of the crime, and that instead the victim is treated as another piece of evidence or as an aside. Victims’ rights advocates work to create a space for victims in the court room, or any other part of the legal process.

Much of victims’ rights theory is focused on the concept of agency: victims are independent people who should be able to play their own roles in the discussion of the crimes perpetrated against them. Often victims don’t have access to lawyers or advocates; victims’ rights law provides appropriate channels for their voices, and can involve appointing legal representation to victims.

Victims’ rights law is broad, amorphous, and serves as an umbrella for different aspects of how victims interact with the legal system. According to the Department of Justice, victims’ rights include:

One particularly important aspect of victims’ rights law is enforcement, or the ability of victims to actually assert themselves into a criminal case. The National Crime Victim Law Institute is at the forefront of the push to train lawyers in this discipline and support crime victims in the justice system.

The National Crime Victim Law Institute (NCVLI), an institute housed within Lewis & Clark Law School in Portland, Oregon, is the foremost authority in victims’ rights law. Founded in 1997, the NCVLI “promotes balance and fairness in the justice system through crime victim centered legal advocacy, education, and resource sharing.” Among a variety of tools and initiatives, the institute trains actors in the justice system, from attorneys and judges to the victims themselves, on the scope and enforceability of victims’ rights. Additionally, the institute’s National Alliance of Victims’ Rights Attorneys provides a network of legal advocates who work for free on behalf of crime victims. The NCVLI also hosts the Crime Victim Law Conference, which is the only national conference of its kind that focuses on training and educating crime victim advocates. Watch the video below for more information on the conference.

Right to Be Present

The right to be present, or the right of the victim to stay in the courtroom during the trial of the accused, used to generally be considered a given. According to the NCVLI, however, that changed in 1975 with the adoption of Federal Rule of Evidence 615 (and the adoption by many states in their rules of evidence as well), which allows for the sequestration of all witnesses, save a party representative from each side. If the victim is a witness, he will not be allowed to stay in the courtroom during the trial. While this rule prevents witnesses from having their testimony altered by what they observe in trial, it takes away the right to be present from victims. States have started to backtrack on this; many states now guarantee the right to be present, or leave it up to the states’ discretion, but there are still states where victims are excluded from proceedings.

Right to Be Heard

The right to be heard deals specifically with victims’ ability to actively participate in the criminal proceedings of those who committed a crime against them. The right to be heard allows the victim to speak to the court at various stages, either verbally or through a written statement, although in many states how exactly this plays out is up to the court’s discretion. Points at which a victim may wish to address the court include release, plea, sentencing, and parole. In federal cases, the Crime Victims’ Rights Act (CVRA) allows the victim to reasonably address the court at proceedings such as parole, release, or plea hearings.

A right to protection works to ensure that the victim will not be harassed or discriminated against because of his role in the proceedings, or for his status as a victim. This includes keeping the victim updated on the status of the offender, particularly when it comes to things like parole and release status, or if the offender escapes. Victims have the right to feel safe, even if they participate in the legal proceedings against the person(s) who wronged them.

There are significantly more rights that should be afforded to victims–the above list is not exhaustive. Other victims’ rights issues include the rights to due process, fairness, dignity, and respect; the right to information and referral; the right to apply for victim compensation; the right to proceedings free from unreasonable delay; the right to confer; the right to a copy of the pre-sentence report and transcripts; and the right to standings and remedies.

In a court case, the defendant is guaranteed access to an attorney, though whether or not he chooses to exercise that right is up to the individual. Victims, however, do not have the same right. Prosecutors are not attorneys for the victim–they are attorneys for the state, or the “people.” They don’t necessarily have to do what is best for the victim; they are required to do their job as sanctioned by the government.

On the other hand, attorneys for victims can advise them of their legal rights, and help them act upon them. These lawyers can advocate for the victims’ rights listed above in states where those rights are not guaranteed, fight for restitution in cases where victims owe medical bills or other related costs, ensure that a victim’s records are not allowed to be exploited, as well as many other ways in which a victim may need assistance.

Victims’ rights work is currently a rather small field of work. While the recognition of the need of victims’ rights law has grown over the last several decades, there are still very few lawyers, institutions, and funding available for the practice. In addition, victims’ rights law features some unique challenges, some of which are described below.

One of the largest problems to overcome for those working in the victims’ rights field is the current culture of our justice system, and the need for balance between victims’ and defendants’ rights. There are plenty of rights afforded by our constitution and other governing legal documents and procedures that protect defendants. For example, the Fourth, Fifth, and Sixth Amendments in the Bill of Rights. However, rights for victims aren’t similarly ingrained in our society; moreover, there are concerns that granting rights to victims takes away from the rights of defendants. Countering that culture and finding an appropriate balance is a struggle for those who work in the field of victims’ rights.

Given that victims’ rights law is a relatively small field and requires a lot of work, those who work in the field do have a problem gaining funding. According to Meg Garvin, Executive Director & Clinical Professor of Law at the NCVLI, there are very few people who work in victims’ rights law particularly, and funding is hard to come by. As NCVLI points out on its website:

Did you know the average amicus curiae brief requires 140 hours of attorney time? Some briefs, including those to the United States Supreme Court, require much more time, and most also require payment of filing costs. The fair market value of just the attorney time on the average brief is $36,400.

Those who work in victims’ rights law also have to deal with the debate over whether or not a move toward more robust and protected victims’ rights is appropriate. Critics of the field of victims’ rights law point to the logistical difficulties of including victims in proceedings, and again cite the need for witness sequestration. There is also concern over how to deal with crimes that have multiple victims, particularly if the victims all want different things or have contrasting views that may further complicate the case.

Furthermore, there are worries about the ethics of advocating for victims before the offenders are actually declared guilty. As Wendy Kaminer of the American Prospect puts it,

The practical problems posed by the victims’ rights amendment are, however, less daunting than its repressive ideology. It attacks the presumption of innocence. When we identify and legally empower a victim before conviction, we assume that a crime has been committed, although that is sometimes disputed at trial (think of an acquaintance rape case); we also assume the veracity and reliability of the self-proclaimed victim.

Victims’ rights law focuses on an important, seemingly often forgotten person in any case–the victim. Victims’ rights encompass almost every aspect of the justice system, from allowing victims the right to notice, to granting them an active role in proceedings. Victims’ rights law isn’t just limited to the courtroom, either, but plays a role in policy discussions and advocacy throughout our legal system. Advocating for the victim to play an active role can ensure that our justice system is as fair, effective, and representative as possible.

Office of Justice Programs: Office for the Victims of Crimes