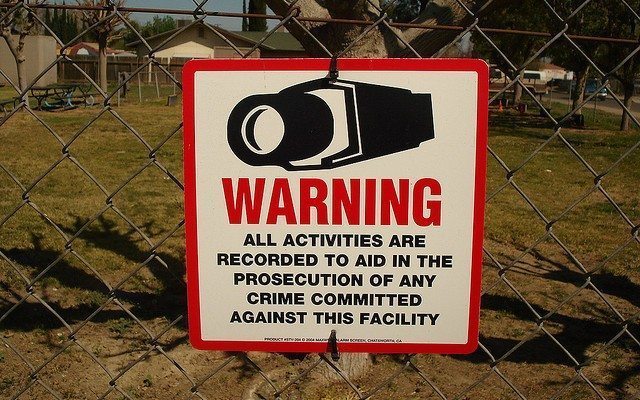 The Role of Prosecutors as Social Justice Advocates

A prosecutor is “an administrator of justice” whose duties are “to seek justice, not merely to convict.” According to the American Bar Association,

It is an important function of the prosecutor to seek to reform and improve the administration of criminal justice. When inadequacies or injustices in the substantive or procedural law come to the prosecutor’s attention, he or she should stimulate efforts for remedial action.

In Defense of Prosecution?

In her Brennan Center post entitled “Prosecutors Can Play a Role in Ending Mass Incarceration”–which argues exactly that–Lauren-Brooke Eisen, Senior Counsel at the Brennan Center’s Justice Program reminds us of the various roles of prosecutors:

The reality is that prosecutors play a unique and immensely powerful role in the criminal justice system. They decide who gets charged, and most importantly, with what crime, and what plea bargains to accept and reject. Sentencing recommendations from prosecutors carry immense weight with judges.

Many interpret these roles as evidence of prosecutorial racism, because prosecutors determine the course of such huge pieces of defendant’s cases. The immense racial disparities in charging, plea bargaining, and sentencing are all directly traceable to prosecutors’ structurally informed choices. However, Eisen uses this information to argue that the point at which a prosecutor encounters a defendant’s case is already beyond the point at which interference is needed. Eisen asserts that prosecutors can and should play a role in preventing crimes and recidivism.

This is consistent with both the Brennan Center’s recommendations that it should be the priority of federal prosecutors to reduce incarceration, recidivism, and violence, and with former U.S. Attorney General Eric Holder’s shifting priorities for law enforcement. Calling for a “Smart on Crime” approach, Holder has stated:

Of course, as we refine our approach and reject the ineffective practice of calling for stringent sentences against those convicted of low-level, nonviolent crimes, we also need to refine the metrics we use to measure success; to evaluate the steps we’re taking; and to assess the effectiveness of new criminal justice priorities.  In the Smart on Crime era, it’s no longer adequate – or appropriate – to rely on outdated models that prize only enforcement, as quantified by numbers of prosecutions, convictions, and lengthy sentences, rather than taking a holistic view.

Prosecutors wishing to pursue such a holistic approach may learn about doing so by exploring resources such as those provided by the Vera Institute of Justice’s Prosecution and Racial Justice Program.

When writing of the extremely large roles prosecutors play in determining the course of the lives of people accused of crimes, activist and scholar Angela Davis argues that:

Whether or not prosecutors intentionally or unconsciously discriminate against defendants of color in the charging and plea-bargaining processes, their decisions–even the race-neutral ones–may cause or exacerbate racial disparities. Their tremendous power and discretion is often exercised in ways that produce unintended and undesirable consequences. However, that same power and discretion can be used to remedy the problem.

Some of these remedies may include ensuring that alternatives to incarceration are widely available across the country. One way that prosecutors can provide alternatives to incarceration for people convicted of committing crimes is through restorative justice processes. Restorative justice is defined by the National Council on Crime and Delinquency as:

Restorative justice offers alternatives to our traditional juvenile and criminal justice systems and harsh school discipline processes. Rather than focusing on punishment, restorative justice seeks to repair the harm done. At its best, through face-to-face dialogue, restorative justice results in consensus-based plans that meet victim-identified needs in the wake of a crime. This can take many forms, most notably conferencing models, victim-offender dialogue, and circle processes. In applications with youth, it can prevent both contact with the juvenile justice system and school expulsions and suspensions. Restorative justice also holds the potential for victims and their families to have a direct voice in determining just outcomes, and reestablishes the role of the community in supporting all parties affected by crime. Several restorative models have been shown to reduce recidivism and, when embraced as a larger-scale solution to wrongdoing, can minimize the social and fiscal costs of crime.

#PlotTwist: Changing Who Gets Prosecuted

Along these same lines, some prosecutors may also attempt to advance social justice goals through the prosecution of corporations that are exploiting human labor, perpetuating abuses, and damaging the environment. Critics of these approaches argue that this kind of prosecution is not holistic: it addresses individuals and individual corporations, not the systems that facilitate the abuses in the first place.

Similarly, it is possible for prosecutors to specialize in criminal and civil cases against cops who discriminate and violently abuse their power. Certainly, many social justice advocates actively demand more prosecution of cops. Much of the recent #BlackLivesMatter uprisings recently have been focusing on the fact that prosecutors don’t tend to charge cops who beat and/or murder people of color.

As the prison abolitionist blog Prison Culture published in a post in the wake of George Zimmerman murdering Trayvon Martin in 2012, prosecuting cops or vigilantes who target people of color in the name of “justice” serves to reinforce people’s beliefs that they should turn to the criminal justice system for solutions:

I think that making the main focus of our activism with respect to Trayvon’s killing the prosecution of George Zimmerman is short-sighted. Additionally, it does nothing to address the root causes of racism and oppression which were surely the fuel for this murder. For black people, our history on issues of crime, law, order, and punishment is complex and usually conflicting. In this moment, I question why we as black people who know that there is no “justice” in the legal system are expending the majority of our energy demanding “justice” from said system. How are we going to find “justice” in the prosecution of Zimmerman? The answer is quite simply that we will not.

Butler contended that with racial profiling by police and mandatory sentences for many drug crimes, prosecutors have little power to fight these problems from the inside. To answer the question at the center of the debate, the efforts of good people would be wasted as prosecutors, in Butler’s view. Barkow, however, said that attorneys, even when they are not the lead prosecutor, can and do make discretionary decisions that allow them to work within the law to have influential voices in cases. ‘Supervisors will often defer, extensively in my experience, to the line prosecutors,’ Barkow said. ‘So the line prosecutors making all these discretionary decisions are really kind of driving the bus most of the time…Butler’s overarching position on how good people can and should behave in regards to our system of justice was quite clear, provocative, and sobering.’ He maintained that the way to fight social and racial injustice was not to be a part of the institutions that help to further it. ‘The determination of who goes to criminal court in chains…should not depend so much on race and class,’ Butler said in conclusion. ‘As long as it does, we need people who believe in social justice and racial justice to stand up, to be strong, and to refuse to be complicit.’

So, Can Prosecutors be Social Justice Advocates?

Brennan Center for Justice: Federal Prosecution for the 21st Century

Race, Racism, and the Law: Prosecutors as the Most Powerful Actor in the Criminal Justice System

Partnership for Safety and Justice: Restorative and Transformative Justice: A Comparison

Nation: Why It’s Impossible to Indict a Cop

Jennifer Polish
Jennifer Polish is an English PhD student at the CUNY Graduate Center in NYC, where she studies non/human animals and the racialization of dis/ability in young adult literature. When she’s not yelling at the computer because Netflix is loading too slowly, she is editing her novel, doing activist-y things, running, or giving the computer a break and yelling at books instead. Contact Jennifer at staff@LawStreetMedia.com.
Share:
Related ItemsBlacklivesmatterCrimeCrime in AmericaEric HolderLaw SchoolMass IncarcerationPoliticsPrison AbolitionProsecutorsRacismSmart on Crime