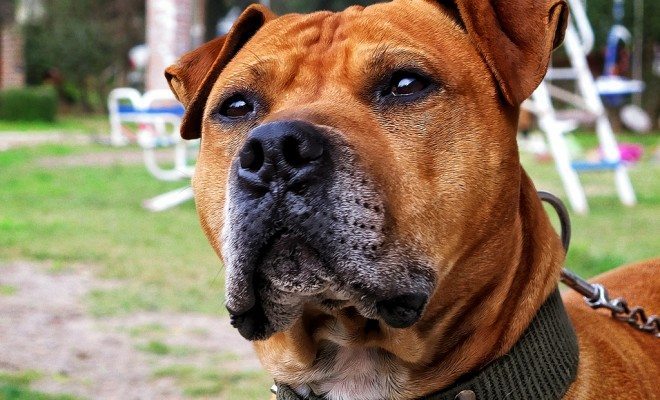 Stories of vicious dog attacks capture the imagination of concerned citizens and instill fear in communities. While dog-bite attacks are relatively rare, the viciousness of some attacks is enough to cause anyone concern. Localities turn to Breed-Specific Legislation (BSL) as a way to regulate aggressive dogs and prevent attacks. Here’s what you need to know about BSL, why groups increasingly oppose it, and what other alternatives exist to be proactive about dog attacks.

What Are Breed-Specific Laws?

Breed-Specific Legislation is a blanket term that refers to any type of law designed to regulate certain breeds with the goal of reducing dog attacks. These laws are typically instituted by city and municipal governments. In its most drastic form, BSL includes a complete ban on a specific type of dog. The laws typically target “pitbull” types and other dog breed that are considered aggressive. Pit bulls aren’t a specific breed, but are a set of dogs that can include American Pit Bull Terriers, American Staffordshire Terriers, and other breed mixes. Bans in cities may also include bulldogs, rottweilers, and wolf-hybrids.

Other BSL has lesser requirements, such as mandatory spaying or neutering, muzzling, confinement, a minimum insurance, or preventing the chaining of dogs. Most BSL requires owners of dangerous breeds to carry liability insurance with coverage up to $500,000. If an attack does occur, victims can then receive medical payment. This also acts as a type of ban, since owners unable to afford such exorbitant insurance would not be allowed to own targeted breeds.

What is the reason for BSL?

The basis for these laws can be traced to numerous studies concluding pit bulls were implicated in a disproportionate number of attacks. A 20-year study (1978-1998) by the American Veterinary Medical Association (AVMA) showed that pit bulls and rottweilers were involved in 67 percent of dog-bite related fatalities during that time period. Numerous studies reveal similar conclusions. Some of the grizzly statistics can be seen below:

BSL advocates point to features specific to certain dogs that make them prone to harmful attacks. Pit bulls derive their genes from “the Butcher’s Dog,” which was originally bred for bull-baiting before being used for dogfighting. The dogs were bred to be muscular, aggressive, and agile. Reports claim these dogs are unique since they give no warning signs before attacking and will not retreat from an attack even when considerable pain is inflicted. These dogs will attack deep muscles and then hold on with their teeth and shake, causing tissues to rip.

Attacks by aggressive dogs can pose a large threat to communities and are too expensive of an issue to ignore. The AVMA estimates hospital expenses for dog-bite related emergency visits to be $102.4 million. A 2010 Agency for Healthcare Research and Quality study showed that the number of Americans hospitalized for dog bites almost doubled over a 15-year period. The study also concluded the average cost of a dog-bite related hospital stay was $18,200, approximately 50 percent higher than the average injury-related hospital stay. In 2012, more than 27,000 people underwent reconstructive surgery as a result of being bitten by dogs.

What arguments are made against BSL?

Numerous organizations, including the American Bar Association, American Humane Association, and Centers for Disease Control and Prevention (CDC) publicly oppose BSL. Many opponents refer to the laws as “Breed Discriminatory Laws.”  In 2013 President Obama even issued an official response to the controversial laws:

“We don’t support breed-specific legislation — research shows that bans on certain types of dogs are largely ineffective and often a waste of public resources.”

Listen to a discussion from the American Kennel Club below:

Seventeen states ban legislation against specific types of dogs, and other states are considering similar legislation. An interesting case was made in Denver after Colorado approved legislation banning BSL. Denver passed its pit bull ban in 1989, repealed the ban in 2004 to comply with state law, but then reinstated the ban in 2005. The city’s challenge to the state’s BSL prohibition was ultimately ruled in Denver’s favor as a home-rule exception. The court ruled a state ban on BSL could not infringe on Denver’s right to enforce ordinances on matters of local concern. Most court cases have upheld the laws because localities enjoy widespread police powers. As long as cities can prove a BSL is related to improving public safety, it will be upheld. Even following Denver’s BSL, the county has dog bite rates many times higher than other Colorado counties without similar laws.

Many take issue with BSL because it is difficult to predict a dog’s breed or behavior based on outward appearance. According to the American Pet Products Association, 31 million of 73 million pet dogs are classified by their owners as “mutts,” which makes them hard to classify as a specific breed. Laws banning “pit bulls” target a loosely-defined class of dogs or dogs with a similar appearance. In many localities, the decision of whether a dog is one of the prohibited breeds is left to a city manager or police who lack sufficient expertise in the matter. Other times animal control or a veterinarian will make the decision. The only certain way to tell a dog’s breed is by way of DNA tests, which can be very expensive. This means BSL is often difficult to effectively enforce.

The laws are typically enforced by animal control agencies on tight budgets. Counties rack up costs from enforcement, kenneling, euthanasia, and litigation. In 2008, Omaha proposed a BSL that would cost half a million dollars to enforce. A Baltimore auditor estimated it would cost $750,000 to enforce a breed-specific ban.

Owners of these “dangerous” breeds contend any dog can become vicious if it is not treated properly. Dog owners who do not appropriately care for their dog, abuse it, or treat it as a guard dog rather than a pet make the dog more prone to attacks. In contrast, a loving family training a pit bull would raise a well-behaved dog with no aggression problems.

Others believe BSL has more dangerous effects. Owners intent on keeping the outlawed breeds may keep their dogs in hiding, meaning the dogs do not get proper socialization or visits to the veterinarian. Opponents also claim these laws encourage ownership by the most irresponsible people, who own pit bulls as a status symbol to show disregard for the law. If there is a ban on pit bulls or rottweilers, owners can still have other unregulated aggressive breeds. One dog owner created a video against BSL below:

Have these laws been effective?

One highly cited case study comes from Prince George’s County in Maryland, as it was one of the few places to examine BSL effectiveness. The county of more than 900,000 people banned pit bulls in 1996. Any pit bulls found in the county after the ban were either put down or sent to live with families in other areas. A 2003 task force found the 15-year pit bull ban cost the county more than $250,000 each year, with no measurable effect on safety. The cost to the county to confiscate and euthanize a single pit-bull is roughly $68,000. In fiscal year 2001-2002, the county spent more than half a million dollars enforcing the ban. Due to ineffectiveness, the task force recommended repealing the ban and found that other, non-breed-specific laws already were in place to cover vicious animals, leash laws, and other public health and safety concerns.

In 2000, the CDC looked at 20 years of data regarding dog bites and fatalities in the United States. The CDC concluded that fatal attacks represent only a very small proportion of total dog bite injuries, and that it’s impossible to calculate the bite rates of specific breeds. No evidence supports the idea that a specific type of dog is more prone to attacks. Furthermore, breed specific laws have not succeeded in reducing overall bite-related injuries in any area where they were implemented.

The U.S. Military also has contentious BSL. The Marine Corps, Army, and Air Force all ban large dogs with a predisposition for aggressive behavior. Dogs such as pit bulls and rottweilers are not allowed to live at base housing, and families wishing to have these dogs may be moved off base. Many feel this treatment is unfair to those who are fighting for their country.

Are there other alternatives to BSL?

Organizations who oppose BSL advocate a number of solutions they feel are more effective. The CDC proposes a community-based approach. This approach includes:

The CDC reports that aggression in dogs is tied to a number of factors beyond breed. These factors include sex, socialization, heredity, and treatment. More than 70 percent of all dog bite cases involve unneutered male dogs. An unneutered male dog is 2.6 times more likely to bite than is a neutered dog. Eighty-four percent of bite cases involved dogs who were maintained by reckless owners — the dogs were abused or neglected, not humanely controlled or allowed to interact with children unsupervised. Seventy-eight percent of the dogs in bite cases were not kept as pets but as guard, breeding, or yard dogs.

The statistics show that rather than outlawing specific breeds, campaigns to prevent dog-biting should focus on creating caring owners and encouraging the spaying and neutering of dogs. Further, children must be educated to understand how to play with dogs and when to leave them alone. Dogs themselves may not be dangerous, but a bad situation can make any dog more prone to aggressive behavior. While pit bulls and other “aggressive” breeds can pose threats to a community, outlawing these dogs through BSL is not a surefire solution.

United Kennel Club: Punish the Deeds, Not the Breeds