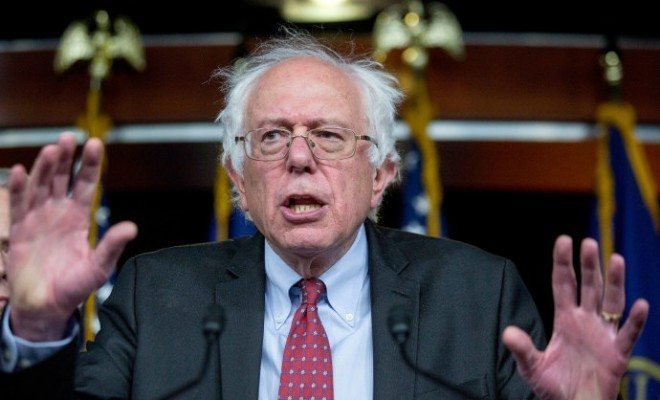 Bernard “Bernie” Sanders, self-described Democratic Socialist, is a 73-year-old senator from Vermont, the longest serving independent in Congressional history, and a Presidential candidate. He’s been described as “one of the few elected officials who is fundamentally devoted to dealing with the plight of poor and working people” and he’s gaining ground in the polls on the Democratic front-runner, Hillary Rodham Clinton. Sanders polled within 8 percentage points of Clinton in New Hampshire last week, a pretty big deal since the New Hampshire primary comes first in the series of nationwide party primary elections. From social justice and climate change to trade agreements and health care, Bernie’s got some all-inclusive views that I can definitely get on board with. Here are 10 reasons why you’ll want to #FeelTheBern in 2016.

1. #SocialistBern: Bernie wants to provide a free college education for everyone.

Rather than cutting Social Security, Medicare, or Medicaid, Bernie wants to cut military spending and put that money towards education. That means that public colleges and universities in the country would be tuition-free.

2. #ProgressiveBern: He wants to raise the minimum wage to $15 an hour.

3. #CivilRightsBern: He marched with MLK.

Bernie Sanders is one of two sitting senators to have attended the March on Washington in 1963 to hear MLK’s I Have A Dream Speech.

If only The Bern could still move like this…

4. #HappyBern: He’s never run a negative advertisement in over 30 years.

He has stated, “I’ve never run a negative political ad in my life…I believe in serious debates on serious issues.”

He who hath not bitched on my TV hath mine vote.

5. #DemocracyBern: He wants to make Election Day a national holiday.

“In America, we should be celebrating our democracy and doing everything possible to make it easier for people to participate in the political process. Election Day should be a national holiday so that everyone has the time and opportunity to vote. While this would not be a cure-all, it would indicate a national commitment to create a more vibrant democracy.”

Get ready for your new favorite holiday.

The Bern serves on the Environment and Public Works Committee, where he’s focused on global warming. He introduced the End Polluter Welfare Act to end subsidies to fossil fuel companies that immorally get huge tax breaks.

7. #PeacefulBern: He opposed entering the war in Iraq.

8. #99PercentBern: He wants to reform the campaign finance system that allows “billionaires” to “buy elections and candidates.”

Bernie believes birth control should be provided through all health care plans. He’s also stated that all women who rely on the military healthcare system should have access to contraception coverage and family planning counseling.

Finally, a man who speaks to my uterus’s needs.

10. #TheRealBern: He released a folk album.

In 1987, as Mayor of Burlington, Vermont, The Bern recorded a folk album.

And move it like Bernie to the Democratic Primaries…