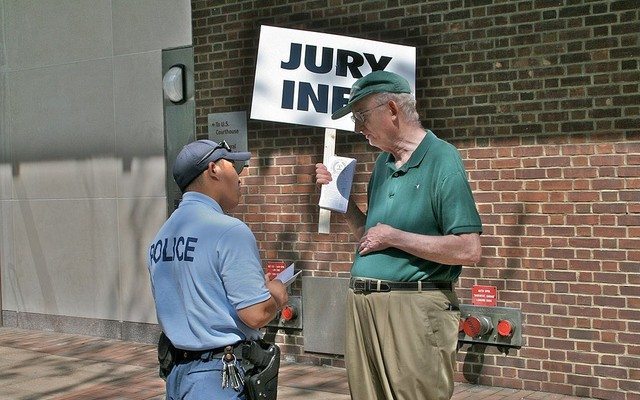 Why Don’t Jurors Succumb to the Lure of the Selfie in Court?

Anyone who has served on a jury, read To Kill a Mockingbird, or watched a legal drama knows that strict formalism and decorum exists in the courtroom. Judges must wear robes, the jury sits in its box, officers escort the defendant in and out, and lawyers speak only when it’s their turn.

This same ceremonious solemnity also makes the courtroom a place of intrigue, especially to a juror. Perhaps never having been in a courtroom, the strangeness and newness of the court experience picques the juror’s interest. Objectively, a courtroom is a bit unusual — where else is it totally normal for someone to walk around in long black robes? The conditions exist for jurors to want to memorialize and capture their experiences through social media — a tweet, selfie, or Instagram upload.

A recent study by the Federal Judicial Center, however, has revealed that few jurors actually succumb to using social media during a trial. This seems counterintuitive. Social media has such an easiness to it, and a trial is such a spectacle — it would only seem natural for jurors to use social media during their court experience. Why don’t they?

The study reveals a few reasons, including that trial judges explicitly prohibit the use of cellphones and carefully instruct jurors to not use social media in reference to the trial. Apparently these admonitions work to curb the desire to tweet or use Instagram. Although the impulse might exist to want to use social media, warnings by the Judge control those inclinations.

Interestingly, jurors buy in. At concerts and movies, instructions often say to not take pictures or record, but few heed these restrictions. What makes the courtroom so different that jurors predominantly comply with the request to refrain from using social media? Is it that they fear criminal penalty?

While penalty might play some role, I think the same reasons that a juror might feel compelled to capture the court experience simultaneously curb social media usage. The formalism of the court creates intrigue but also compliance to the rules of the court. The juror sees the Judge complying with the dress code and donning robes. The lawyers submit to strict procedural rules on how to conduct a trial. Even police officers obey their instructions with scrupulousness. The whole atmosphere in the court is one of obedience, and it is thus not surprising that jurors implicitly follow suit and refrain from using social media when told.

If you have never been to a court, it is an interesting experience. You will notice how an atmosphere, a space, and the culture of a place can change your behavior and how you think.