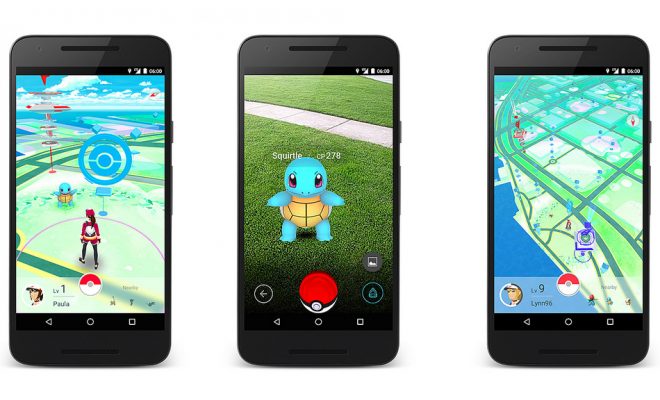 On Sunday New York Governor Andrew Cuomo ordered that sex offenders stay away from Pokémon Go. The immensely popular game that has taken the world by storm for the past month leads its players on a real life search for digital Pokémon, using your phone’s map function.

Last week NY State Senators Jeffrey Klein and Diane Savino discovered that using the app actually might take you to the homes of convicted sex offenders. Now they are trying to pass legislation that will keep players a minimum of 100 feet away from such locations. It is also possible to pay real life money to get a rare Pokémon, in order to lure other players to your location–a tactic that some businesses are using to get customers to come to their stores.

Governor Cuomo previously worked to prohibit or limit Internet access for convicted sex offenders and pedophiles. This new directive will ban all registered sex offenders from downloading and playing interactive online games such as Pokémon Go. This will immediately affect around 3,000 individuals on parole.

Cuomo also sent a letter to Niantic, Inc., the American software company behind Pokémon Go, asking for cooperation on the issue by technologically barring sex offenders from even using the app. He said in a statement:

Protecting New York’s children is priority number one and, as technology evolves, we must ensure these advances don’t become new avenues for dangerous predators to prey on new victims. These actions will provide safeguards for the players of these augmented reality games and help take one more tool away from those seeking to do harm to our children.

In the same statement, Jeffrey Klein said that pedophiles constantly seek new ways to approach and lure victims and that this is an important first step to limit the technological ways they can do it.

Diane Savino pointed out that Pokémon Go is an entertaining game for children, but the real world can be dangerous and it is important to remember the risks. However, there is no evidence that anyone has been sexually abused because of the Pokémon Go app.

It is great that an online game manages to get kids out and moving in their search for Pokémon, but there are several risks involved when walking around with your eyes on a screen–such as robbery, various physical injuries, and in one case, even finding a dead body. Hopefully the new directives regarding sex offenders will protect kids from one of those potential dangers.

Emma Von Zeipel
Emma Von Zeipel is a staff writer at Law Street Media. She is originally from one of the islands of Stockholm, Sweden. After working for Democratic Voice of Burma in Thailand, she ended up in New York City. She has a BA in journalism from Stockholm University and is passionate about human rights, good books, horses, and European chocolate. Contact Emma at EVonZeipel@LawStreetMedia.com.
Share:
Related ItemsAndrew CuomoAppsGovernor Andrew CuomoLawOnline GamesPedophilesPokemonPokemon GoSex CrimesSex Offenders