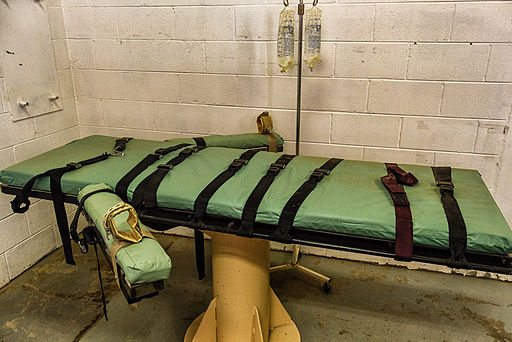 SCOTUS Steps Up Amid Execution Controversy

In a last minute stay, Justice Samuel Alito ordered the immediate halt to a Missouri man’s execution. Russell Bucklew, who was convicted of murder, kidnapping, and rape in 1996, was scheduled to be executed Wednesday evening, but his attorneys had successfully appealed to delay the execution on the grounds that the intended drug cocktail can create the same complications as the one used on an Oklahoma death row inmate earlier this month. That execution caused massive controversy after the inmate ended up seizing and having a heart attack instead of the usual quick death.

The Supreme Court usually keeps its nose out of execution cases, which makes Alito’s action very rare. Opponents of the drug mixtures that are currently used on death row inmates may herald this as a victory. Traditional drugs that used to execute inmates are in short supply, forcing prisons to resort to mixing drugs together from companies that are not very anxious to reveal their sources. In a Georgia, the state Supreme Court ruled against a death row inmate suing to find out where his killer drugs were coming from. With that information, the inmate’s lawyers argued, they can then proceed with investigations into whether the drugs being supplied would constitute cruel and unusual punishment; however, the Georgia Supreme Court decided 5-2 that protection from harassment for the pharmaceutical company was more important than the right to know where drugs came from.

With Alito’s stay, capital punishment is set to become the next legal debate on the national stage. As capital punishment continues, there is greater outcry as to why it is acceptable to use shady drugs supplied by anonymous pharmaceutical companies. After all, isn’t it cruel and unusual that inmates are not being told where their killer drugs are coming from? Maybe the Supreme Court can decide.

Dennis Futoryan
Dennis Futoryan is a 23-year old New York Law School student who has his sights set on constitutional and public interest law. Whenever he gets a chance to breathe from his law school work, Dennis can be found scouring social media and examining current events to educate others about what’s going on in our world. Contact Dennis at staff@LawStreetMedia.com.
Share:
Related ItemsCapital PunishmentDrugsExecutionFederal IssuesLawLegalMissouriOklahomaSamuel AlitoSupreme Court