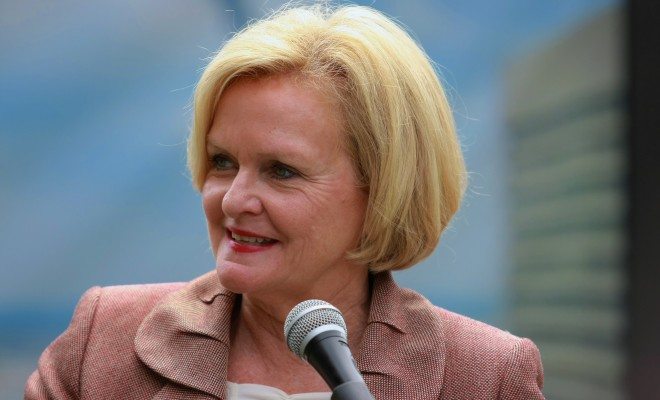 Most people don’t really like jury duty. Turns out that Senator Claire McCaskill, a Democrat from Missouri, is not most people. The senior U.S. Senator from Missouri and lawyer took to Twitter today to live tweet her jury duty experiences, and proclaimed that serving on a jury is on her “bucket list.”

As usual Callow has succinct advice. “@publiceyestl Sit near an outlet.” Check. pic.twitter.com/QnfertUqZZ

I brought some salad and hard boiled eggs from home. #preparedhttps://t.co/8AxnEkMCfK

McCaskill also shared an amusing series of tweets about the control of the TV in the waiting area for the jurors:

This is gonna get https://t.co/AGxJhnqDyc in the room where we’re waiting.Someone for the remote. Now what channel? #pleasegodnotfoxnews

Eventually, McCaskill did get called into the back for a voir dire–essentially both sides questioning her to determine if she’ll be on the jury–but it’s unclear whether or not she’ll actually make it on to the jury itself. Given that she’s a lawyer in addition to being a U.S. Senator, it’s unlikely.

A lawyer I know just walked by me in hallway, did double take, said hello and “they don’t want lawyers” 😩

After receiving her JD from the University of Missouri, McCaskill worked as a prosecutor in Kansas City, as well as in private practice, and she clerked for a judge on the Missouri Court of Appeals. Lawyers often exclude those with legal backgrounds for their juries however, due to perceived biases that could sway the juror’s view of the case, whether consciously or not, or that other jurors could defer to them because of their legal background.

We’ll have to stay tuned to McCaskill’s Twitter feed to see if she ended up being selected, but either way, she found a fun way to pass the time while she waited.

Anneliese Mahoney
Anneliese Mahoney is Managing Editor at Law Street and a Connecticut transplant to Washington D.C. She has a Bachelor’s degree in International Affairs from the George Washington University, and a passion for law, politics, and social issues. Contact Anneliese at amahoney@LawStreetMedia.com.
Share:
Related ItemsClaire McCaskillJury DutyLawLawyerMissouriMO