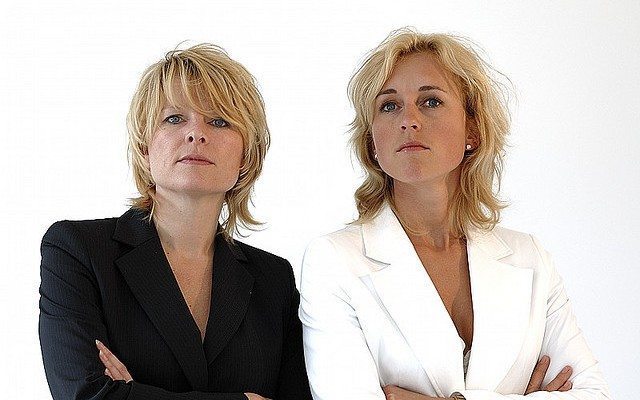 The Senate shot down debate on paycheck fairness 53-44 today. Sixty votes are necessary to overcome cloture on the matter. While Democrats and Republicans are using the issue as a political ploy for the midterm elections, there are American women who are waiting for their paychecks to become, if not equal to, as close as possible to the pay grade of their male counterparts. The actual act in question would have closed loopholes seen in the Equal Pay Act of 1963 that aimed to close the gap between male and female wages in the first place. This issue has been contentious for that long, and is not a modern phenomena.

What Congress was attempting to do with this new bill is protect employees from being punished for sharing salary information with their peers, a practice some businesses employ in order to avoid workplace unrest. Such a situation gave way to the Lilly Ledbetter Fair Pay Act of 2009, which resets the 180-day statute of limitations on gender discrimination with each paycheck given to the aggrieved employee. On top of not being allowed to stop their employees from sharing their salary information, businesses have to show that the pay disparity between two employees is due to performance, and not their gender. Critics of the Paycheck Fairness Act claim that this would open floodgates for lawyers to litigate a slew of discrimination cases. Senate Minority Leader Mitch McConnell (R-KY) said on Wednesday, “[T]his legislation would double down on job loss all while lining the pockets of trial lawyers.” Supporters may counter that the requirement for businesses to show the reasons behind pay disparity only clears up the situation and can strengthen the position of the employer.

While Congress is stuck debating paycheck fairness for women, the President took matters into his own hands yesterday with two executive orders. On the eve of news that New York City has a pay disparity of 88 cents for every dollar earned between women and men, President Barack Obama signed an executive order mandating that federal contractors report salaries by gender. The other executive order would make it easy for other agencies or contractors to access this data. “Pay secrecy fosters discrimination, and we should not tolerate it, not in federal contracting or anywhere else,” the President said as he signed the orders. Currently, the sound bite being spread around by politicians is that the wage gap between women and men is 77 cents for every dollar a man earns. According to the Pew Research Center, this only accounts for full-time workers. When you account for full-time and part-time workers, the wage gap is more likely to be 84 percent of what men earn, and the gap narrows even more for young women – 93 percent.

As the rhetorical war over paycheck fairness continues, pay attention to the hand-picked figures used by both parties in a year when a lot of Congressional jobs are on the line. Despite the various attempts at closing the wage gap between the two genders, it will be a long time before we see serious progress. As the Pew Research Center points out, women will have to work more in order to cover the gap — yet this does not account for maternity leave or the specific types of labor that skew toward a male demographic, such as construction and other labor-intensive tasks. One thing is clear — the debate is not over, even if it was shot down in Congress.

Dennis Futoryan
Dennis Futoryan is a 23-year old New York Law School student who has his sights set on constitutional and public interest law. Whenever he gets a chance to breathe from his law school work, Dennis can be found scouring social media and examining current events to educate others about what’s going on in our world. Contact Dennis at staff@LawStreetMedia.com.
Share:
Related ItemsCongressDemocratsFair PayFederalGovernmentLawRepublicansWagesWomen