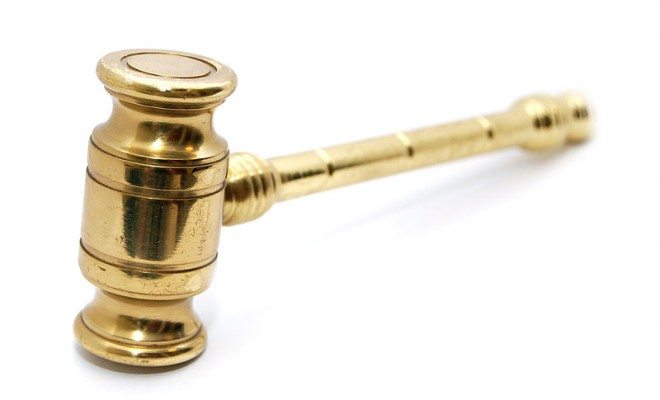 About four years ago, one of the professors who gave me recommendations for my applications to law school described the institution to me as “trade school.” I imagine that my professor completed his legal studies quite some time ago (a hunch supported by his shock of white hair), because fewer and fewer legal beagles out there seem to share that assessment these days. Consider, for instance, the American Bar Association’s ongoing Task Force on the Future of Legal Education. The ABA formed the Task Force in the summer of 2012 to ascertain how law schools, and the Association itself, should address recent problems in the economics and the delivery of legal education. In comments submitted for the Task Force’s consideration, legal practitioners have frequently raised the issue of whether law schools presently do a good job of preparing students for legal practice. A consensus seems to be emerging that the answer is no.

As The Economist magazine recently noted, American law schools don’t exactly strive to teach practical legal skills, since firms traditionally train new attorneys themselves. Many in the legal academy believe in principle that the doctrinal approach that law schools generally take is a positive good. Syracuse University law professor Kevin Noble Maillard, for example, has argued that “law school is not a trade school,” that “people go to law school, pay tuition and graduate to become many things: educators, business leaders, politicians and, yes, attorneys,” and that law school “prepares people to become leaders in our society, which makes it imperative that they be rigorously trained as thinkers.”

Yet in these belt-tightening times, law firms are increasingly loath to pick up the academy’s slack (if only because clients are getting tired of footing the bill). I, for one, can’t say I blame them. My application referee may not have been quite on the money when he described law school as “trade school,” but more’s the pity. The constant refrain I hear from practicing attorneys is that they learned little or nothing about legal practice in law school, which defies common sense. Lawyering involves a lot of hands-on work that can’t be taught in the abstract, from drafting contracts to persuading clients of the right pleas to enter or claims to file. Given that an increasingly expensive legal education is almost universally required of anyone who wants to enter the profession, it’s only logical that law school should put greater emphasis on practical skills.

Professor Maillard’s position strikes me as rather misguided. He tellingly prefaced his statement with “at the risk of sounding ‘liberal artsy’”—which is exactly the point. There is no logical reason why law schools should consider it their mission to “emphasize educated citizenship.” That goal seems much better suited to undergraduate programs, which in any case cast a much wider net than law schools do and will thus reach more of the societal leaders of tomorrow. Training those leaders to have certain knowledge and to think in certain ways is desirable—but not all such budding public figures go to law school, and American law students have to go to college first anyway. It would make more sense to let them learn “educated citizenship” while earning their bachelor’s degrees and learn how to practice law in law school.

Some schools have already begun getting with the program, establishing practical skills courses and requirements. The ABA’s own Council of the Section of Legal Education and Admissions to the Bar has received a petition to amend law school accreditation standards. In addition to requiring J.D. students to earn 15 academic credits in experiential courses, the proposal would also require each student to take at least one law clinic or externship in order to graduate. This seems like an eminently wise proposition. Every time I’ve heard a lawyer tell me that he or she didn’t learn anything about legal practice in law school, I’ve wondered, “Didn’t you do any clinics?” Lawyers themselves seem to agree that clinic work is one of the main means by which law students can learn how to be attorneys while still in school. In a 2004 ABA study, lawyers who had been practicing for two or three years rated clinical courses their third most useful law school experience—behind legal jobs during summers and the school years, and ahead of legal writing courses and internships and traditional doctrinal courses.

So if clinics have so much potential to prepare law students for legal practice, then why are so many of them graduating from law school so operationally clueless? After a bit of digging, I found that—as I suspected—clinical training isn’t as widely accessible as it could or should be. According to data from the ABA and the Law School Admission Council (LSAC), only 15% of law schools presently require or guarantee legal clinic experience to all students. Yet according to Robert R. Kuehn, a professor at the Washington University School of Law in St. Louis, the same data indicate that 84% of law schools have the resources to offer clinical opportunities to all of their students at little or no additional cost in higher tuition.

So I look favorably on the proposal made by the aforementioned petition submitted to the ABA. Requiring all law students to get at least a taste of what lawyers actually do on the job will help make sure that graduates are ready to do what they are studying to do. It can also help give prospective law school applicants a better idea of what they may be getting themselves into—when they still have a chance to avoid it.

Akil Alleyne
Akil Alleyne, a native of Montreal, is a graduate of Princeton University and the Benjamin N. Cardozo School of Law. His major areas of study are constitutional and international law, with focus on federalism, foreign policy, separation of powers and property rights. Akil is also a member of Young Voices Advocates, which connects students and young professionals with media outlets worldwide to facilitate youth participation in political and social discourse. Contact Akil at Staff@LawStreetMedia.com
Share:
Related ItemsABAAmerican Bar AssociationClinicsFirmsKevin Noble MaillardLaw SchoolLegal EducationSkillsTrade SchoolTraining