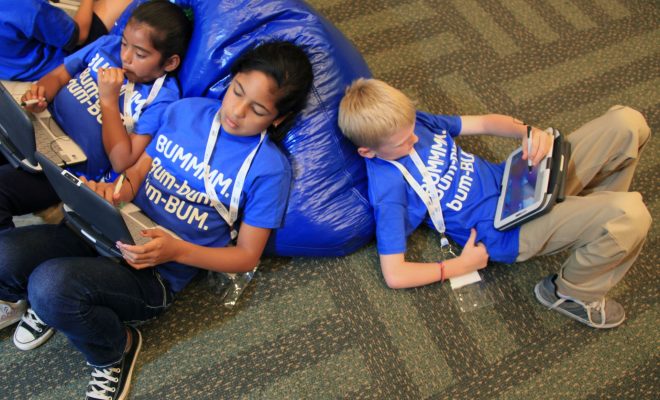 The food, marketing and digital industries have access to an enormous amount of information regarding young people’s exposure to HFSS (high fat salt or sugar) food marketing online and its influence on children’s behaviour, yet external researchers are excluded from these privately held insights, which increases the power imbalances between industry and public health.

The report attacked the way some video bloggers get paid by junk food retailers to promote their food. According to a U.S. analysis, vloggers are now more influential at promoting brands than films or TV shows because of perceived authenticity.

Some countries such as the United Kingdom have introduced rules to protect children from junk food advertising such as bans during children’s television shows, however, the report said regulation had “failed to keep up with the pace and scope of change in the media.”

UK child obesity hits record high – The number of young children who are classed as obese has risen to a record… https://t.co/my9GPed7jc

To address these challenges, the report suggested a number of recommendations. WHO recommended states acknowledge their duty to protect children from HFSS digital marketing with statutory regulation and extend existing offline protections online.

The organization is currently reviewing what foods and drinks can be advertised to children in order to compel private internet platforms to remove marketing of HFSS foods.

Bryan White
Bryan is an editorial intern at Law Street Media from Stratford, NJ. He is a sophomore at American University, pursuing a Bachelor’s degree in Broadcast Journalism. When he is not reading up on the news, you can find him curled up with an iced chai and a good book. Contact Bryan at BWhite@LawStreetMedia.com.
Share:
Related ItemsChild ObesityChildrendigital marketingonline marketingSocial MediaWorld Health Organization