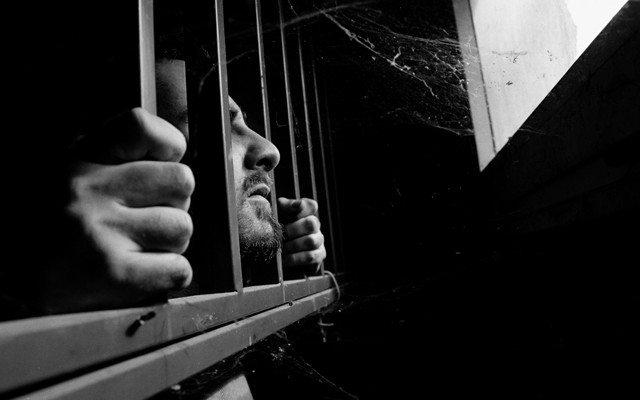 The Death Penalty is the Easy Way Out

Justin Ross Harris was indicted on September 4 by a grand jury on eight counts for the murder of his 22-month-old son, who was left in a hot car. The public anxiously waited for this verdict after Harris became public enemy number one after the incident in June. Cobb County District Attorney Vic Reynolds stated that he will decide over the next three weeks whether to seek a mandatory life sentence or the death penalty in this case. If Reynolds does seek the death penalty, it will be for the malice murder charge, which alleges that Harris, who has claimed his son’s death was an accident, premeditated the child’s killing.

There has been much debate over the outcome and potential sentence of punishment that Mr. Harris will receive. Some believe these charges are way too severe, considering there may still be a possibility that the death of Harris’ young son was in fact an accident. In my opinion, this all comes down to just how ethical the death penalty really is? The death of a 22-month-old baby is tragic, and what is even more heartbreaking is that this seems to be becoming the norm. I was reading the news today, and several newspapers have created sections in which ‘hot car baby deaths’ are featured. It is clear that enforcing the death penalty as a deterrent just does not work.

In the twenty-first century, I honestly believe if we were to live by the saying ‘an eye for an eye’ we would be living in chaos. In order to lead by example, as a country that punishes individuals who commit heinous crimes, we should rise above just killing them off by an injection. It costs more money to keep an individual on death row than it does to place them in prison on a life sentence. An eye for an eye means that equal amount of suffering should be received, and I ask you, do you really think a quick lethal injection can compare to some of the horrific murders and rapes these victims suffer? Would it not make more sense to sentence these individuals to life sentences in prison, forcing them to acknowledge what they have done, while being punished by depriving them of any normal life they once had? What I think a lot of people fail to understand is that although these individuals can be sentenced to death row, they will spend years awaiting their actual death while money is wasted on them sitting in a cell.

With ironic timing, after three decades on death row, this week 50-year-old Henry McCollum and his brother were released from prison in North Carolina due to DNA evidence after serving a sentence for the rape and murder of a female in 1983. As expected, social media jumped at the chance to voice their opinions on this case, and the death penalty in general. Many believe that if someone commits such a heinous crime they should also suffer, whereas others argue that killing them via the death penalty is the easy way out. I have done a lot of research in the use of DNA to exonerate individuals. The Innocence Project is an organization that dedicates itself to cases exactly like this in the hope of overturning wrongful convictions. The flaw with the death penalty is the fact that in most cases, with an absence of evidence or lack of investigative material, it is close to impossible to be 100 percent sure of conviction. The risk that an individual can be sentenced to death, and then be proven innocent is way too high to warrant any ethical justification for this form of punishment.

As a country that bases itself on a constitution that protects the rights of the people and forbids cruel and unusual punishment, I struggle to see how sentencing someone to die by lethal injection for a crime that cannot be supported with 100 percent guaranteed proof is not in itself a contradiction of what we stand for. By sentencing Harris to death, I do not see how that can compare to the suffering of a young baby in a hot car. It is controversial to compare the suffering of ways to die for both the victim and the perpetrator, but I actually think the death penalty can sometimes be an easy way out.

Justice for victims who have lost their lives due to crime demands that their perpetrators be punished and made to understand and take responsibility for their actions. I am still unsure about where I stand in terms of rehabilitation for these types of criminals, but I genuinely feel like (and for this you can blame my criminology background and psycho analytic personality) if we do not try to understand why these things happen and why people do the things they do, we will not be able to prevent any harm done to us in the future, and more importantly to the next generation that will live in this exact same era of punishment.