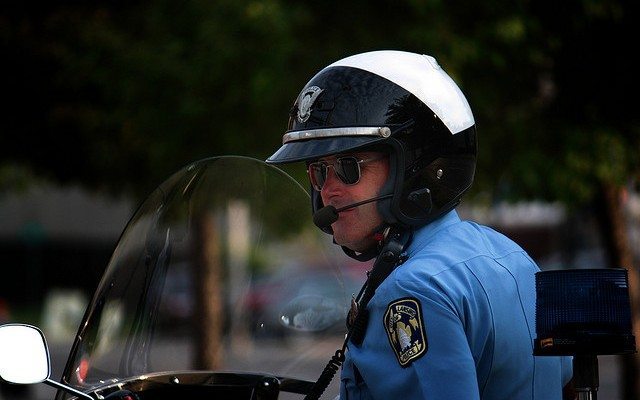 Crime of Power: Treating the Problem in Ferguson and Ignoring the Cause

In the aftermath of the shooting in Ferguson, Missouri and the controversy over the way in which the police department has dealt with the backlash, accusations of officials on a ‘power trip’ are incredibly poignant. According to Ferguson residents interviewed by CNN, “there’s been friction for years with the overwhelmingly white police department.” This statement is made by both African-American and white members of the community.

In the predominantly African-American town, these individuals are highly over-represented in crime statistics. ‘They accounted for 93 percent of arrests after traffic stops, 92 percent of searches and 86 percent of traffic stops.’ Although it is frankly impossible to hide from the racially discriminatory acts that are taking place, I ask why it has taken such a tragic event to acknowledge such wrongdoing? This idea that power can influence the way people act is not uncommon. Social experiments like the infamous Stanford Prison Experiment, the soldiers involved in the leaking of the Abu Ghraib photos, and the recent controversies surrounding the invisible war of sexual assault in the military, are just some examples of how power has an effect on producing and allowing crime to occur.

It is time we stop allowing justifications and rationalizations as reasons why individuals feel they can abuse their power. We blame the police officers for abusing their power with excessive force, but what about those in the riots who took advantage of a tragic situation by looting businesses? What about the thousands of individuals who took to Twitter to verbally abuse and criticize individuals because of their race, or because of their involvement in the incident? To say the issue is the hypocrisy of a country built upon equality and democracy is treating the problem, but ignoring those actions that make us revert back to the Civil Rights era, and back to an age when segregation was mandatory, which is the cause.

In the 21st century we have produced a generation so involved in the use of social media to express their opinions, and so involved in the right to voice our opinions, that we are in a sense our own worst enemies. Instead of working alongside law enforcement to protect our country, we are rebelling; instead of fighting the war against racial discrimination, we are fueling it; instead of maintaining the right to have privacy, we are highlighting more reasons to invade it. One of the first pictures of the fatally shot Michael Brown was posted to Twitter by a bystander before any official evidence was given to the police.

In the aftermath of Ferguson, it was announced that “police departments and their equipment suppliers are outfitting their officers with on-body cameras that promise to eliminate the photographic void we saw in Ferguson.” These cameras will be worn by officers during their shifts and will record all of their encounters with any member of the public they interact with. These videos at the end of each shift are then placed in a vault online, where they will only be examined during legal proceedings.

I don’t know about you, but I interact with police officers daily during my lunch break. I am 90 percent sure it is to do with my British accent and their boredom, but I still don’t know how comfortable I would feel knowing they may have a camera turned on recording me buying my lunch. What about those days that I decide it’s a good idea to buy bars of chocolate and bags of chips, if anything they are uncovering my unhealthy habits!

As expected with any new regulation, there are no national regulations on how the cameras will be used, or when they will be turned on and off. This is precisely one of the main problems with treating the problem and ignoring the cause. How to you trust an officer is going to keep the camera on for the duration of his shift? How do you rely on technology to take away the ‘power trip’ mentality? The answer: you cannot.

What makes this whole argument over the abuse of power even more valid is the corruption of relationships within the police force. There needs to be some kind of a change to monitor the performance of corrupt officials to ensure that the public can trust in those who are meant to protect them. The backlash from the community in Ferguson has come about from years of distrust in their law enforcement as protectors, and adding video cameras to police officers’ chests is not going to change that.

Hannah Kaye
Hannah Kaye is originally from London, now living in New York. Recently graduated with an MA in criminal justice from John Jay College. Strong contenders for things she is most passionate about are bagels and cupcakes. Contact Hannah at staff@LawStreetMedia.com.
Share:
Related ItemsCommunityCrime in AmericaCriminal JusticeCriminal Justice SystemFergusonJusticePolicePowerPrivacyRaceRacismSocial MediaTwitterUnited States